Besides its religious significance, Ashura carries many cultural stories.

Rabat – The tenth day of Muharram, the first month in the Islamic calendar, is Ashura in Morocco and it is no ordinary day for Moroccans and Muslims worldwide.

Besides its religious significance, it carries many cultural stories.

Sunni Muslims celebrate the day to commemorate the day when God created a path in the Red Sea to liberate Moses and his followers from Pharaoh.

Some people honor the day by fasting on the 9th and 10th of Muharram.

The fast is optional and proceeds from the Prophet Muhammad’s fast on Ashura after arriving in Medina in 622 AD. He found that Jews fasted on Muharram 10 and asked them why. The Jews told Muhammad that they were commemorating the day God liberated the Children of Israel and Moses from Egypt at the Red Sea. Since that day, the prophet decided to fast and ordered Muslims to fast the day, too, as a means to thank God for his mercy and grace.

Ashura in Morocco: Music in the souks

Ashura in Morocco, which derives its name from the Arabic word “ashara” (meaning 10), is two days away. On September 20, Moroccans will celebrate every cultural aspect of the event.

In Morocco, where the vast majority of the Muslim population are Sunnis, parents and children have unique ways to celebrate the day.

If you want to enjoy the festivity of Ashura in Morocco, do not hesitate to venture into Moroccan souks, where you will experience another cultural aspect of the country.

Throughout the first week of Muharram, Moroccan souks are adorned with all shades of colors reflected from handmade musical instruments typically sold for the event.

The instruments include the famous Moroccan taarija, a membranophone (drum) available in many sizes, shapes, and colors. Traditionally, parents buy the instrument for their children.

Some parents give their daughters taarijas painted in bright colors, while they give their sons a drum with two heads (tabla) or a darbuka (goblet drum).

Ashura in Morocco is enjoyed more by the kids. During the celebration, children, especially girls, gather together in their neighborhood to play with their taarijas while singing traditional songs related to the event.

Ashura is also a day when Moroccans show their hospitality and generosity. People who celebrate the day adorn their tables with various snacks, including nuts.

The best way to enjoy the event is to walk through one of the traditional souks, where all kinds of dried fruit and nuts are sold.

Among the offerings are almonds, raisins, dried bananas, sweets, walnuts, peanuts, pistachios, and other nuts.

A variety of sweets, dried fruits, and pastries are all served throughout the Ashura week.  Fekkas is among the pastries that are common in Moroccan houses during Ashura.

During the celebration, some families also give small packets full of nuts and krichlat to their relatives’ children.

Ashura is also an Eid, or holiday, for children as they receive multiple toys.

In some neighborhoods, some children will knock on neighbors’ doors to ask for treats. Instead of “trick or treat,” children say “haq baba Ashour” (share an Ashura treat). Like with Halloween, children carry a bag to collect goods from neighbors.

For the mischievous and adventurous, the eve of Ashura in Morocco is the best part of the holiday.

“Shaaeila” (flames) is part of the event’s rituals. On the eve of the big day, youth light fires and gather around to enjoy the bonfire while chanting Moroccan traditional songs.

The ritual is not as common as it used to be because authorities have outlawed it, fearing potential damage.

Although they are not authorized, firecrackers are also common in the celebration. Children buy small firecrackers and throw them to the ground everywhere to light them.

However, firecrackers probably come second as the favorite Ashura custom for Moroccan children. In the morning of the 9th day of Muharram, teenagers and children alike buy balloons and fill them with water to throw at each other. The ritual is called Zamzam day.

The word is derived from the holy water of Zamzam taken from Mecca, Saudi Arabia. Some Islamic scholars, however, have called on Muslims to stop the ritual as it came from non-Muslim origins. It is believed to be a rite with Jewish roots which was more common in the Mellahs, the walled Jewish quarter of cities in Morocco.

Moroccan Jews are believed to have thrown a few drops of water on their goods as a symbol of coming prosperity.

Some threw water as a way to hope for a good rainy season in winter.

Today, some Moroccans take the ritual too far, throwing more than just water on Zamzam day, even eggs.

Ashura for Shia Muslims is a mourning day

In some Muslim countries, Ashura is commemorated very differently, especially among Shia Muslims.

Unlike Ashura in Morocco, some Shia Muslims take Ashura seriously and whip themselves to mourn the death of Husayn Ibn Ali, a grandson of the Prophet Muhammad, who was killed in the Karbala Battle on October 10, 680, which corresponded to the 10th day of Muharram.

The death of Ibn Ali is widely remembered by Shia as part of a struggle against injustice.

How do Shia Muslims mourn the day? In some Shia cities, mourners will walk through the streets dressed in black, repeating chants. Others will perform passion plays to depict the death of Husayn Ibn Ali. Some beat and cut themselves with knives. The custom was not uncommon in Iran, Lebanon, Pakistan, Iraq, Bangladesh, and India.

The ritual has been banned in Iran and Lebanon, but it is still performed in Bangladesh and India today. 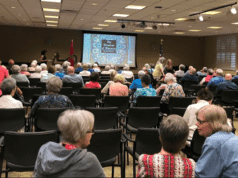 Abla Samrhouni: Teen Promoting Moroccan Culture in the US