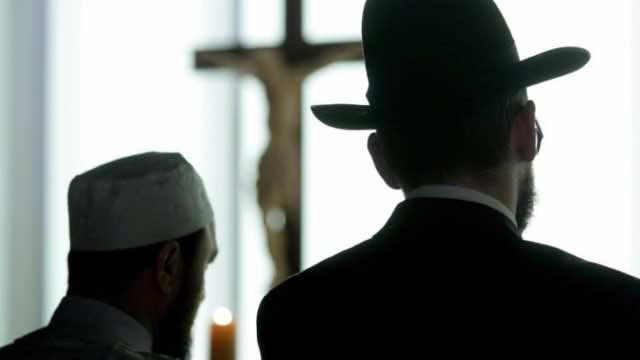 Rabat – This coming year may be a very good year in the Near East because this year both Jews and Muslims worldwide are fasting together on the same day.

Since the Islamic calendar is totally lunar, and the Jewish calendar is lunar adjusted by solar requirements, the months of Muharram and Tishri only over-lap a few times each generation.

“When the Prophet arrived in Madina in 622 CE, he found the Jews (yahûd) there fasted on (what we Muslims count as) the 10th of Muharram, and so he asked them the reason for their fasting on this day. They said: ‘This is a blessed day. On this day Allah saved the Children of Israel from their enemy (in Egypt) and so Prophet Musa fasted on this day giving thanks to Allah.’

“The Prophet said (comparing his exodus from years of persecution in Makka to the Jewish exodus from oppression in Egypt): ‘We are closer to Musa than you are.’ Thus, he fasted on that day and commanded Muslims to fast on this day.” The explanation comes from a hadith, traditional story of the prophet, told by Bukhari.

Some Christian missionary Islamophobes often claim that since Jews do not fast on Passover, the Jewish holy day that celebrates the exodus from Egypt, this hadith proves that Prophet Muhammad cannot be a true prophet. This claim is absurd.

The Torah states very clearly that in celebrating this blessed day when God saved the Children of Israel from their enemy, the whole Jewish nation should for seven days refrain from eating any yeast-filled baked grain.

The only permitted grains must be unleavened: “For seven days you must eat unleavened bread. On the first day (of Passover) you are to remove the yeast from your houses. Whoever eats anything leavened from the first day through the seventh must be cut off from (the People of) Israel” (Exodus 12:15).

Since the fast of Yom Kippur is a total fast like Ramadan, Jews do not usually call this seven day anti-leavened restriction a fast, but Catholic and Orthodox Churches still refer to any religious dietary restriction such as meatless Good Friday as a fast. Medina’s Jews seem to have done so also.

Just as the rules of Ramadan and Yom Kippur fasting in Islam and Judaism are very similar, the theme of Yom Kippur and Ashura are very similar. The prophet said: “For fasting the day of ‘Ashura, I hope that Allah will accept it as expiation for (sins committed in) the past year” (Muslim, 1976).

The Torah tells Jews in Leviticus 23:27 that on the 10th day of the month of Tishri: “You should do no work throughout that day. For it is a Day of Atonement on which expiation is made on your behalf before the Lord your God. Indeed, any person who does not practice self-denial (fasting) throughout that day shall be cut off from his people.”

In addition to the self-denial alluded to above, we are also told in Leviticus that on this day the high priest would perform sacred rites in the Holy Temple in order to achieve expiation of the people’s sins.

In rabbinic literature, Yom Kippur is the culmination of the Ten Days of Repentance following Rosh Hashanah, the Jewish new year. To the rabbis, this period marked the beginning of a spiritual trial for the souls of all the People of Israel.

The 10 days of repentance could then be seen as a time for self-examination, and Yom Kippur marked the climax when God, the true judge, would decide the fate of all of Israel as individuals and as a community, and hopefully inscribe them into the Book of Life.

The rabbis follow through on the biblical theme of self-denial in their discussions of the daily pleasures from which one must abstain on Yom Kippur. Among them are (just like Muslims during Ramadan) eating, drinking, bathing, and anointing oneself, wearing leather-soled shoes (at the time the most comfortable option), and sexual relations.

It has been said “Prophets are paternal brothers (sons of one father by co-wives). Their mothers [mother tongue, motherland, and religious community—Umma comes from um, mother] are different; but their religion (from the one and only God) is one.” In light of that, we should always try to harmonize scriptural statements; rather than try to make them contradictory.

Rabbi Maller writes at www.rabbimaller.com. His new book “Judaism and Islam as Synergistic Monotheisms: A Reform Rabbi’s Reflections on the Profound Connectedness of Islam and Judaism” is a collection of 31 of his articles previously published by Islamic web sites. 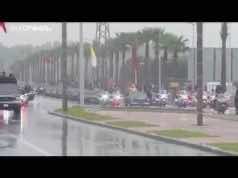 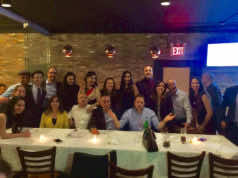 An Island of Jewish-Muslim Friendship in New York