Rabat - Moroccan Bollywood actress Nora Fatehi is making her debut as a singer. 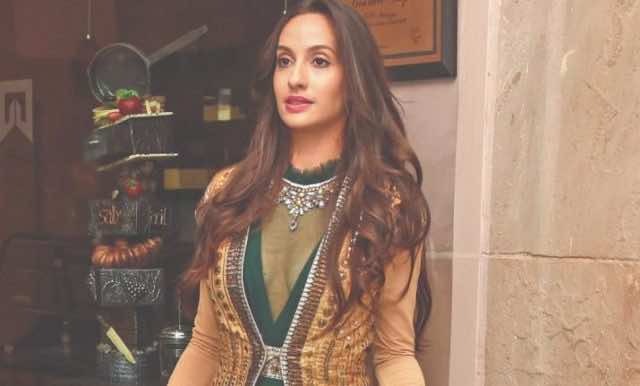 Rabat – Moroccan Bollywood actress Nora Fatehi is making her debut as a singer.

The 26-year-old dancer is set to release, with the help of Morocco-based group Fnaire, an Arabic version of the Indian song “Dilbar,” the soundtrack from John Abraham’s “Satyameva Jayate” movie.

“It is a huge deal for both Morocco and India because this is the first time we will be getting Indian culture and Moroccan culture together artistically and musically and this has been my goal as well, to bring them together,” said Fatehi.

“As Dilbar has become a huge hit internationally, including in the Middle East, we have taken the song and re-composed it, written Arabic and Moroccan lyrics and recorded me singing with Fnaire. This is my debut as a singer, and Fnaire will be rapping with me in the song,” she added.

Born in Canada to Moroccan parents, Nora Fatehi gained popularity in India for her participation in the 9th season of the “Big Boss” reality television show in 2015.

The Moroccan-Indian made her film debut in the Bollywood film “Roar: Tigers of the Sundarbans 4.” She gained popularity by performing in movies such as “Temper,” “Baahubali,” and “Kick 2.”

Fatehi recently recreated a version of the song “Dilbar” that had initially made 20 million views in its first 24 hours of release, making it the first Hindi song to do so in India.