Rabat - The Ministry of Education is shifting its focus from the controversy over Darija (Moroccan Arabic) to combating drop-out rates. 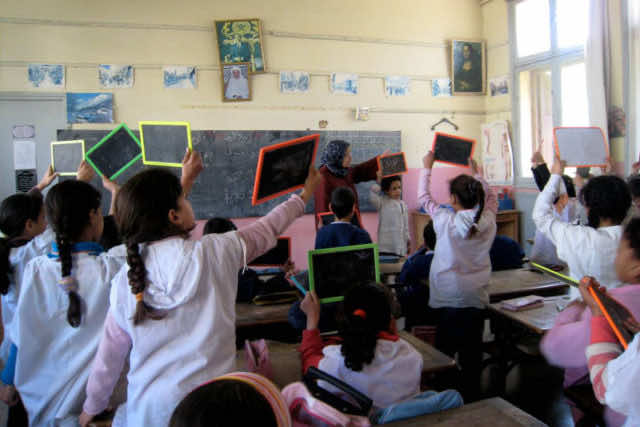 Rabat – The Ministry of Education is shifting its focus from the controversy over Darija (Moroccan Arabic) to combating drop-out rates.

The focus of his address was based on the recent speeches of the King, which were delivered for Throne Day and the Day of the Revolution of the King and the People in the last two months.

In his speeches, the King recommended that the government increase efforts to combat the causes of children dropping out of school.

Amzazi emphasized that the new programs to promote education in Morocco take into account the recommendations of Morocco’s “Strategic Vision of the 2015-2030 Reform: for a School of Equity, Quality and Promotion.”

The program will cover several axes that aim to ensure access to education for all youth.

Tayssir is set up to give parents cash payments to formally enroll children aged 6 to 15 in school.

Amzazi also discussed the implementation of a program to generalize and develop preschools.

Like Tayssir, the preschool program aims to increase school enrollment and reduce dropout rates to improve the education system.

In July, Amzazi said that the development of preschool education requires an annual budget of MAD 3 billion.

Through the generalization program, Amzazi says he wants to reach a school enrollment of 100 percent in preschool by 2027-2028.

In his address before the King, Amzazi said that he wants to reduce the rate of school drop-outs from 5.7 percent in rural areas primary schools to 1 percent by 2024-2025.

He added that he wants to also shift the number of drop out which is 12 percent in secondary schools in both rural and urban areas to 3 percent for the 20244-2025 school year.

Amzazi also promised reforms in terms of training and youth employment in the education field. He proposed the creation of a new generation of vocational training centers. The centers, according to Amzazi, should meet the needs of economic actors while complying with regional development plans.

Amzazi also urged all stakeholders and concerned parties to contribute to the projects as part of a collective and national effort to promote education and curb the ongoing crisis in the field.

The ceremony also marked the signing of three agreements with other government institutions, including the Ministry of Economy and Finance, the Office of Vocational Training and Labor Promotion (OFPPT), and the Ministry of Sports and Youth.