Rabat- Morocco is preparing to open a new border post with Mauritania at Guelta Zemmur in the country’ southeastern provinces. 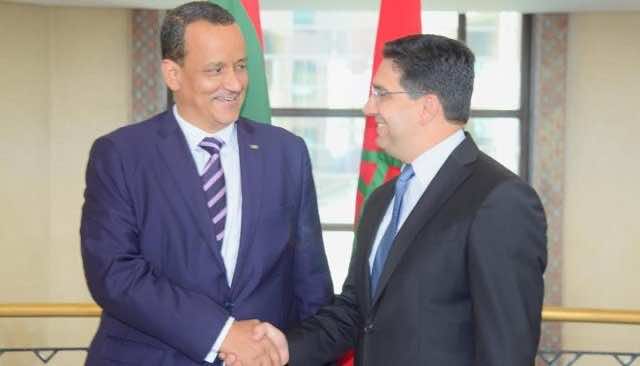 By
Ahlam Ben Saga
-
Ahlam Ben Saga is a Cultural Studies graduate from university Mohammed V of Literature and Humanities in Rabat.
Sep 21, 2018
Spread the love

Rabat- Morocco is preparing to open a new border post with Mauritania at Guelta Zemmur in the country’ southeastern provinces.

The border post would be the second between Morocco and Mauritania. The only current border post is in Guerguerat, in the far southwestern part of Western Sahara.

Morocco’s Minister of Equipment Abdelkader Amara announced preparations for the project during an interview with the National Society of Radio-Broadcast and Television (SNRT).

The announcement comes during the visit of Mauritania’s foreign minister, Ismail Ould Cheikh, to Morocco, to mend ties and strengthen cooperation between the two countries.

The Ministry of Foreign Affairs and International Cooperation explained that Ould Cheikh’s visit is to increase cooperation between the countries, the state-owned news agency Maghreb Arab Press (MAP) reported.

The meetings were also set to discuss the situation in a neighboring Maghreb country, oil-rich Libya. Libya is facing geographical and political divisions with vying governments and the presence of multiple terrorist groups.

One more step to mend fences

The Mauritanian foreign minister’s visit to Morocco is a step to warm the cold diplomatic relations between the countries over sensitive issues, such as Western Sahara.

From 2012 until late 2017, Mauritania had not had an ambassador in Rabat. In December, the country appointed Mohamed Lemine Ould Aboyeas as its new ambassador to Morocco.

The move came two months after the Moroccan ambassador to Nouakchott, Hamid Chabar, was approved and accredited by Mauritania.

The tension between Morocco and Mauritania escalated in December 2015 when Mauritanian authorities raised the Mauritanian flag in the city of Lagouira, which Morocco considers part of its territory.

Frosty relations persisted even after Morocco sent a high-level delegation to Mauritania’s capital, Nouakchott, on December 12, 2015, requesting an explanation for the flag-raising incident.