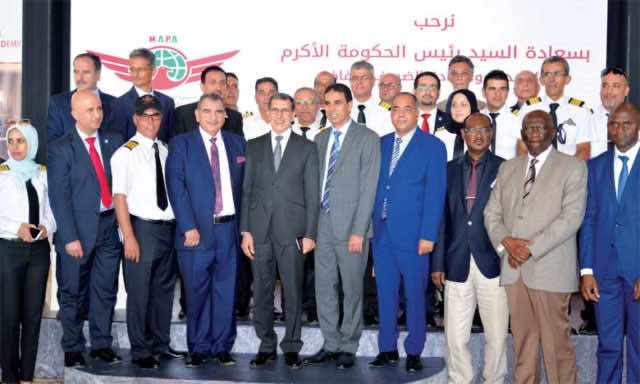 The inauguration of the aviation school followed a wave of protests from pilots of the state-owned airline, Royal Air Maroc (RAM), in July.

The pilots called for the reestablishment of a school of aviation in the country after the closure of RAM’s training center for pilots in 2014.

In his statement to the press, El Othmani said that the school will meet the growing needs of the aviation industry.

The school, which is the work of a Moroccan-Jordanian partnership, will offer training to pilots and aviation maintenance technicians.

According to El Othmani, Africa will need some 4,900 pilots in the coming years, as well as a large number of technicians.

According to the head of government, 20 percent of the students in the first class are of foreign nationalities, mostly from African countries.

The project falls within the framework of King Mohammed VI’s recommendations to offer vocational training for youth.

According to Maghreb Arab Press (MAP), the government will assist the academy “in the sense that this project is in harmony with the industrial acceleration plan that places the automotive and aeronautical center at the forefront.”

El Othmani also promised that the government will give the necessary aid to investors, “particulaty operators in promising sectors and integrating technologies of the future, in the light of the real needs of employment at the national, regional and international levels.”

For his part, Mohammed Fayyad Khawaldeh, managing director of the Royal Jordanian Air Academy (RJA), said his company’s commitment to the project, launched in 2016, took into account Morocco’s dire need for pilots and technicians “with regard to the extension of the activities of the national airline Royal Air Maroc.”

The school expects to attract 300 students from Arab and African countries annually and cost $6 million.

In July, the Moroccan Association of Airline Pilots (AMPL) complained about the absence of training centers for pilots. AMPL President Amine Mkinsi suggested that RAM could have skipped its pilot crisis if it had opened a training center.

“Its reopening is a necessity because even on the international market, pilots have become a rare commodity and therefore expensive. The proof is that in 2017, the RAM wanted to hire 86 foreigners and only 26 of them accepted the offer,” he said.