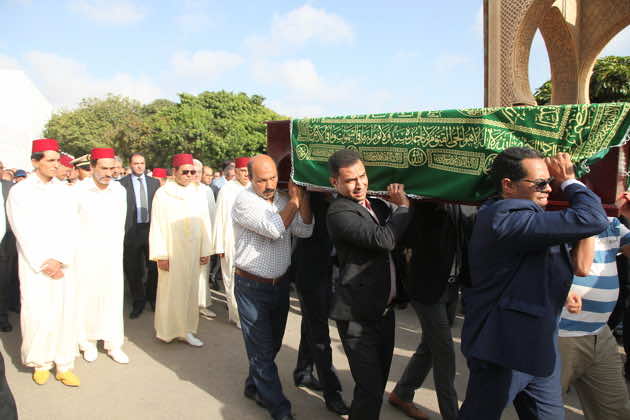 Lamrani died at dawn on Thursday at his home in Casablanca.

“With the death of Mohamed Karim Lamrani, Moroccans have lost a great man who has marked the contemporary history of the kingdom. During his time as head of government and OCP, the deceased served the homeland, which enabled the country to overcome many crises he faced,” said El Othmani.

The audience declaimed Qur’anic verses and prayed, imploring God to welcome Lamrani into his vast paradise and to give him ample retribution for his commendable efforts and the good works that he accomplished in the service of his country.

Lamrani was born in 1919 in Fez and became a wealthy businessman in Morocco. Lamrani served as an economic advisor to the Moroccan government.

In 1967, he was appointed general director of Morocco’s OCP Group, one of the world’s largest phosphate producers and exporters.

Lamrani was an independent politician with no political party orientation.