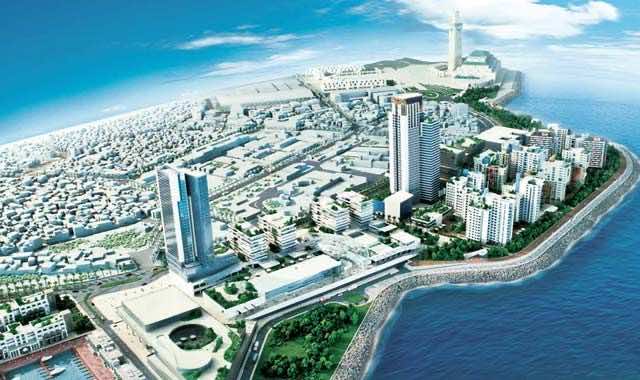 By
Ahlam Ben Saga
-
Ahlam Ben Saga is a Cultural Studies graduate from university Mohammed V of Literature and Humanities in Rabat.
Sep 22, 2018
Spread the love

The 10th place goes to Accra in Ghana, holding a total wealth of $38 billion.

According to an older report by the same research firm, Morocco’s wealthiest individuals live in Casablanca.

In addition to Casablanca, Tangier and Marrakech ranked in 18th and 19th place among the top 20 richest cities in Africa, according to the report.

The two Moroccan cities each have a total wealth of $11 billion.

Casablanca, Tangier, and Marrakech are all considered some of the most expensive cities in Africa, in terms of residential property.

Tangier and Marrakech’s prices per square meter amount to $1,800, while Casablanca’s are estimated at $1,500.

Read Also: CAN 2019 Qualifiers: Morocco to play Comoros in Casablanca

Other major destinations in Africa include: Mauritius, Seychelles, Cairo and Sharm El Sheikh in Egypt, the Masai Mara in Kenya, Livingstone in Zambia, and the Okavango Swamps in Botswana.

Marrakech broke records in 2017, reaching 2 million tourists in a year and more than 6 million overnight stays for the first time in history, according to the figures of the Regional Tourism Center of Marrakech.

Popular hotels for wealthy visitors to Africa include La Mamounia Hotel in Marrakech, named “the best urban hotel in the world” by the Spanish version of UK travel magazine Condé Nast Traveler.

As a tourist city in Morocco, Marrakech ranked 6th among the most visited cities by French nationals in 2017, according to travel guide website Routard, based on the booking data of the Skyscanner site.

In total wealth, referring to “the private wealth held by all the individuals living in each country” including property, cash, equities, business interests with the exception of government funds, Morocco ranks fourth.