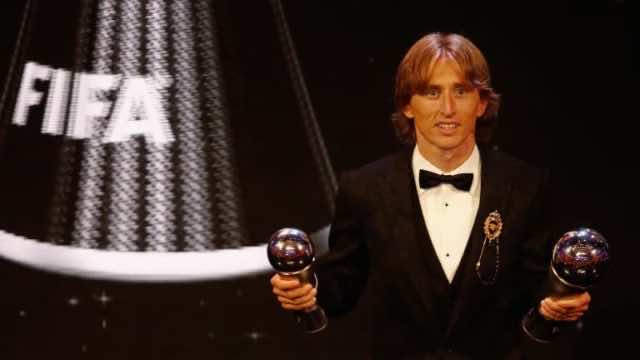 The 33-year-old player beat his former teammate Cristiano Ronaldo, and Liverpool star Mohammed Salah, at the awards ceremony at the Royal Festival Hall on Monday night in London.

Modric’s performance in the 2018 World Cup was outstanding as he led Croatia to the World Cup final, where they lost 4-2 to France.

In addition to being a clean player who receives few penalties, Modric is known for his elegance and flawless style of play.

“It’s a great honour and a beautiful feeling to stand here with this amazing trophy,” said Modric.

With Real Madrid, Modric won the third consecutives Champions League. He recognized the club in his speech, saying, “This trophy is not just mine, it’s for all my Real Madrid team-mates, for all my teammates from the Croatia national team, for all the coaches that I have played for.”

He added, “Without them this would not be possible and thank you a lot to them. This trophy is also for my family, without whom I would not be the player and person that I am.”

Modric is the first player other than Cristiano Ronaldo or Lionel Messi to win the FIFA award since Kaka won it in 2007.