Rabat - In the midst of PPS-PJD tension, the ruling party is facing a feud with another party in Morocco’s government coalition: RNI. 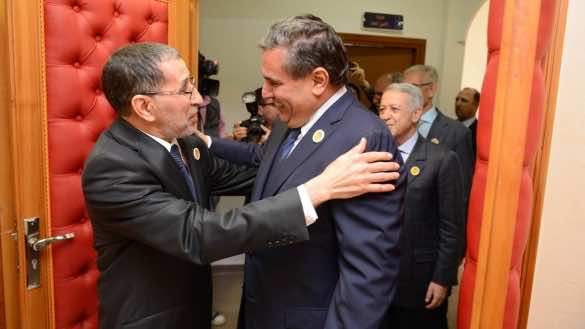 Rabat – In the midst of PPS-PJD tension, the ruling party is facing a feud with another party in Morocco’s government coalition: RNI.

Referring to the members of the PJD, Alami said that “imitators” of Turkish President Erdogan “attacked” RNI members and wish to “destroy the country.”

In a long Facebook post, El Omrani said that Alami’s words “were not limited to only criticism of some stances against your party” which he said would be understandable.

El Omrani said Talbi’s statement went “beyond” criticism “without the need for any interpretation, or else who do you refer to with your words?”

El Omrani recalled the conditions of the coalition’s charter. The charter stipulates the need for “ensuring cohesion of the majority and non-abuse of parties” in the government “without preventing the right to constructive criticism.”

He then asked whether Alami’s words were a personal position or official. “Is it the position of the party? it must be clear.”

PJD member Abdelaziz Aftati called on Alami to submit his resignation from the government.

He told Turkish outlet Anadolu Agency that Alami “must submit his resignation from the government, and also his party needs to withdraw.”

He added, “I am surprised by a member of the government who attacks its president.”

He also condemned Alami’s interference in the “affairs of a country, which is a friend to Morocco.”

He said, “The offense was against the state of Turkey, which respects Morocco and has no inferior problem with its national issues.”

Head of Government Saad Eddine El Othmani, who is secretary-general of the PJD, called on the members of the parties not to “respond to the statements of Mr. Rachid El Talbi El Alami concerning the party, after the response of his deputy brother Soulimane El Omrani.”

A statement from the PJD said a party meeting will “consider the matter” and give a response.

The two parties competed fiercely in the 2011 parliamentary election, in which the PJD, led by former Head of Government Abdelilah Benkirane, won the majority of seats.

Alami’s criticism follows a recent argument between PJD another coalition party, the Party of Progress and Socialism (PPS).

In August, a royal decision to remove the water secretariat, run by PPS member Charafat Afilal, angered the party.

The department was removed at El Othmani’s  request

PPS members, including the head of the party, Nabil Benabdellah, threatened to withdraw from the coalition.

On September 15, PJD announced it had close ties with PPS during its national council.

“We are clinging to our alliance” with PPS, said El Othmani. He added that differences between the two parties “do not mean that we will abandon our partnership.”