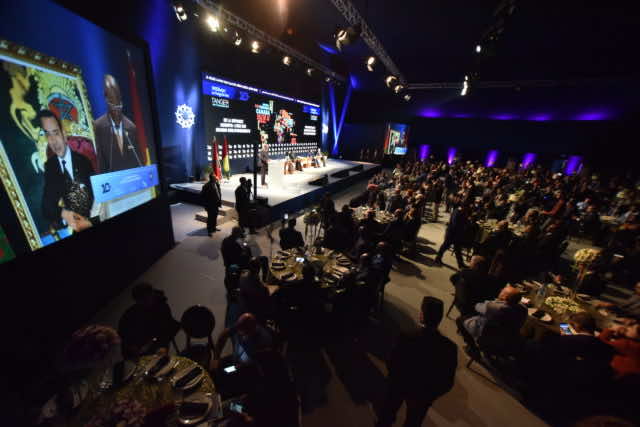 By
Ahlam Ben Saga
-
Ahlam Ben Saga is a Cultural Studies graduate from university Mohammed V of Literature and Humanities in Rabat.
Sep 26, 2018
Spread the love

Africa’s economic power, sustainable development, and current geopolitical issues will be highlighted at the event put on by the Amadeus Institute of Rabat.

Panels and discussions on subjects such China-Africa relations and Morocco’s request to become a member of the Economic Community of West African States (ECOWAS) will take place in the forum themed: “In the era of disruption: Building new paradigms.”

Morocco’s application to join the union was endorsed by several members of the ECOWAS parliament.

International personalities in political, geographical, and economic spheres will have an opportunity to engage in mutual dialogue and address both global and regional issues, announced the Amadeus Institute on Monday.

Experts and decision-makers will come together to provide their analysis and points of view on topics at the forum.

Through organizing round tables and meetings on migration bringing together African and European leaders, MEDays will contribute to the preparation of the UN’s International Conference on Migration December 10-11 in Marrakech.

The conference will see the adoption of the global compact for safe, orderly, and regular migration.

In 2017, during the 10th MEDays, more than 3,000 participants and 150 high level speakers were present, including several former heads of state and government, ministers, political decision-makers, business leaders, academics, and representatives of civil society and the media.

Since its creation in 2008 by Amadeus Institute under the patronage of King Mohammed VI, MEDays has been a platform for South-South cooperation and development of new paths towards growth in Africa.