Rabat - After 13 years absence, French-Moroccan comedian Jamel Debbouze will be back in Casablanca. 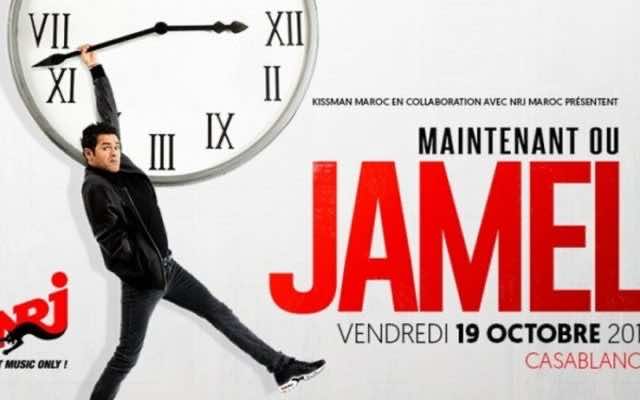 Rabat – After 13 years absence, French-Moroccan comedian Jamel Debbouze will be back in Casablanca.

Debbouze will present his new show “Maintenant ou Jamel” October 19-20 for the first time in the white city’s Al Amal complex, at 8:30 p.m. The tickets are available online on Ticket.ma.

Organized by Moroccan radio station NRJ Maroc in partnership with Kissman Morocco, Debbouze’s show will be performed in Morocco for the first time, according to Yabiladi.

“NRJ Maroc is proud to organize Jamel Debbouze’s latest show in Casablanca, a great artist and a big star,” said Hakim Chagraoui, CEO of Radio Planet, a company holding the exclusive license from NRJ in Morocco in a press release. He promised “a great success” for the show.

The actor of “Aladdin” has already presented “Maintenant ou Jamel,” directed by Mohamed Hamidi, in France.

After six years absence, Debbouze has made a successful comeback on his favorite playground: the stage. Close to his audience, the 42-year-old comedian talks about his fears, his role as a father, and his career.

The committed artist mocks some political figures, such as Emmanuel Macron and Donald Trump, while also discussing subjects like racism and terrorism.

The Paris native has starred in many movies, including the historical movie, “Days of Glory,” which he also co-produced in 2006. Debbouze also inaugurated his own comedy club in 2008, opening opportunities for amateur stand-up comedians.

Every year, the comedian organizes “Marrakech du Rire,” which serves as a “link between cultures,” uniting hundreds of stand-up fans for the world’s premier Francophone stand-up comedy festival in Marrakech.