Rabat- King Mohammed VI has sent a message to the Women in Africa Summit, calling for further efforts to empower African women. 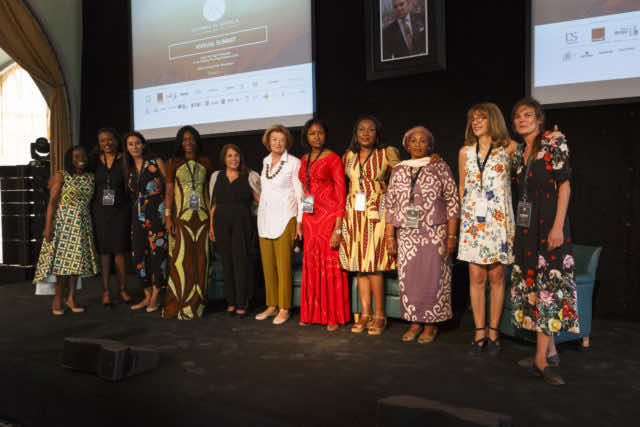 By
Ahlam Ben Saga
-
Ahlam Ben Saga is a Cultural Studies graduate from university Mohammed V of Literature and Humanities in Rabat.
Sep 27, 2018
Spread the love

Rabat- King Mohammed VI has sent a message to the Women in Africa Summit, calling for further efforts to empower African women.

On the occasion of the second annual Women in Africa (WIA) summit, September 27-28 in Marrakech, the King addressed several points on the empowerment of African women, not only as a “fundamental human right” but also a “necessity” for the socio-economic development of the continent.

The monarch wrote in his message, delivered by royal advisor Abdellatif Menouni: “Despite the significant improvement in women’s conditions in Africa, it must be admitted that there is still a long way to go.”

The King stressed that more efforts should be made to see more women in decision-making positions and “make the most of their ever-growing role as entrepreneurs and business leaders” in Africa, particularly women from “disadvantaged backgrounds.”

To ensure their integration in the African economy, the King suggested that the women should be able to benefit from “innovative financing mechanisms”  and have access to safe, sustainable technology.

“In Africa, a continent which seeks to join the ranks of emerging powers, there is a great need for innovative, targeted initiatives as well as concerted efforts to make sure those initiatives create long-lasting impacts.”

“Our continent needs to use an approach combining innovation and integration,” the King stated.

The sovereign said that any obstacles hindering the success of women are “a stumbling block impeding the continent’s development.”

The King drew attention to the “outstanding” achievements of African women, saying “Luck plays no part in [their] achievements.” They are “in fact, the result of … an ever-growing participation in the job market” leading to increasing numbers of women in the political, economic, and social fields.

King Mohammed VI enhanced the role of Morocco’s 2011 Constitution in promoting gender equality, describing it as a “paradigm shift” that “establishes the principle of equality between women and men in terms of rights and freedoms and calls for efforts to achieve parity.”

The King believes that “no country, economy, business or society can tackle today’s challenges, nor ensure optimal use of its resources and energies, without the full involvement of women.”

Under the theme, “Looking at Africa with confidence, believing in its talents,” the 2018 Women in Africa event is hosting 500 participants from at least 70 countries.

The first session of the summit in 2017, themed, “Investing for better governance with African women,” brought together 400 participants, including international experts.

Established under the patronage of King Mohammed VI, Women in Africa is the first international platform meant to support African women leaders and “boost their visibility within the continent and internationally,” according to Maghreb Arab Press (MAP).

The King’s promotion of gender equality and women’s empowerment is embodied in his several initiatives, such as the training and integration center for women and youth in Tit Mellil in Mediouna Province, in the Casablanca-Settat region, inaugurated in June.

The project, carried out by the Mohammed V Foundation for Solidarity cost MAD 9 million. It is part of the King’s vision for youth and women and his willingness to ensure the integration of young people, especially those from disadvantaged backgrounds.

Morocco’s dedication to women’s empowerment can also be traced in the new historical law criminalizing violence against women, and the country’s participation in international symposiums working for the same cause, such as

UN Commission on the Status of Women (CSW).

Public notaries in Morocco, similar to lawyers, typically handle the paperwork for a multitude of transactions, including the sale of property, marriage contracts, and commercial contracts.

The event is significant as previously only men were allowed to be public notaries, seen as a religious position.