Rabat - Moroccan-Spanish football player Munir El Haddadi has shown his other skills. The FC Barcelona player is mastering both the art of football and … the darbuka! 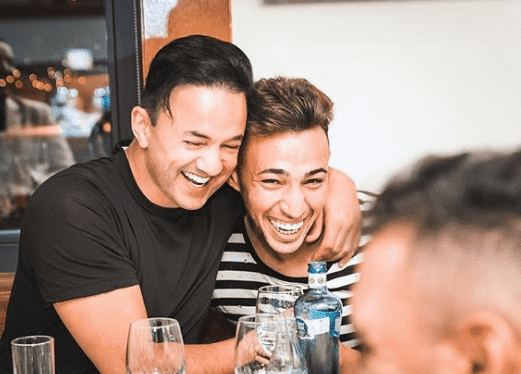 Rabat – Moroccan-Spanish football player Munir El Haddadi has shown his other skills. The FC Barcelona player is mastering both the art of football and … the darbuka!

In a video shared on social media, El Haddadi was having a blast playing the darbuka goblet drum with an orchestra in Madrid.

The 23-year-old footballer was also spotted hanging out with Moroccan-Swedish producer RedOne and French-Algerian rapper l’Algerino. RedOne shared a few pictures on Instagram of them having a laugh during a dinner gathering.

El Haddadi recently made headlines when he refused to pay a €16,000 bill in a nightclub during his birthday party, explaining that the sum did not correspond with what he consumed.

It took the intervention of the police to calm the player and the owners of the club, reported El Mundo. The striker finally paid the bill, accepting a “small” discount of €1,000.

Born to Moroccan parents in Spain, El Haddadi represented the Spanish national under-19 team and under-20 team. He made a brief appearance on the pitch as a substitute at an international game against Macedonia in 2014. His appearance then ruined his chances to represent the Moroccan national football team, according to FIFA eligibility rules.

During his youth, the footballer played for several Spanish clubs, including Atletico Madrid, FC Valencia, and Rayo Majadahonda.