Rabat - Dressed in black, football fans of Moghreb Tetouan are mourning the death of Hayat, the 20-year old woman killed by gunfire from the Royal Moroccan Navy while she was on a migrant boat on Tuesday.

Rabat – Dressed in black, football fans of Moghreb Tetouan are mourning the death of Hayat, the 20-year old woman killed by gunfire from the Royal Moroccan Navy while she was on a migrant boat on Tuesday.

“We will sacrifice our soul and blood for you Hayat,” chanted the protesters after the game as they marched in solidarity with the 20-year old woman.

Hayat Belkacem received a deadly gunshot while she was in an undocumented go-fast boat trying to cross the Mediterranean to the El Dorado. Her death infused indignation in many Moroccans who denounced the navy’s action to open fire on migrants.

Some of the protesters cried “the people want to give up their nationality,” while others called on the government to hold Hayat’s “killer” accountable.

Morocco’s law enforcement announced earlier this week that an investigation was opened to determine the circumstances of the incident.

Recently, hundreds of Moroccans have been attempting to reach Europe through risky routes. Some of them have even filmed their sea journey in undocumented migration boats while attempting to cross Morocco to southern Spain.

According to official statistics from the government spokesperson, Mustapha El Khalfi, 7,100 Moroccans attempted to reach Europe in 2018.

The official said that Morocco is increasing efforts to combat immigration networks “which continue to develop their methods.”

While figures of undocumented immigrants differ from a source to another, the Spanish Ministry of Interior has given an estimate of the number of undocumented Moroccans who entered Spain between 2016 and 2018.

According to the ministry’s statistics, the number of Moroccan undocumented migrants who arrived in Spain between 2016 and 2018 is estimated at 10,104.

The Spanish Ministry of Interior also indicated that more than 250,000 undocumented Moroccans are currently living in Spain, with close to 5,000 identified as “unaccompanied minors.”

Melilla’s Minister of Social Welfare Daniel Ventura said that the military service has actually caused youth emigration from Morocco to the Spanish enclave.

Ventura said that since the ministerial council approved the compulsory military service bill, minors have escaped to Melilla to “evade it.”

Others did not hesitate to show support for Morocco’s neighbor, chanting “viva Espana!” Some of the protesters even carried the Spanish flags. 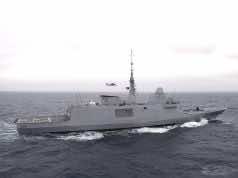 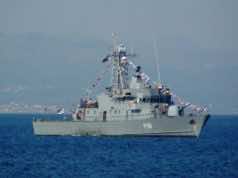