After greeting delegations, Knessl explained why she chose to begin her address in Arabic.

“Arabic is one of the six languages of the United Nations,” she said.

The Austrian official added that she studied Arabic at “the UN in Vienna. It is a beautiful and important language and part of the Arab and ancient civilization,” she said.

The diplomat received applause from the General Assembly.

Algeria’s Movement of Society for Peace allegedly describing his choice as “ a violation of national sovereignty and violation of the constitution.”

According to Arabic RT, Messahel’s move is an evidence of “the lack of sincerity of decision-makers in their frequent talk about patriotism.” 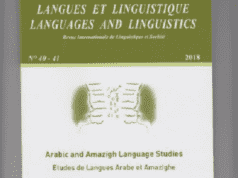