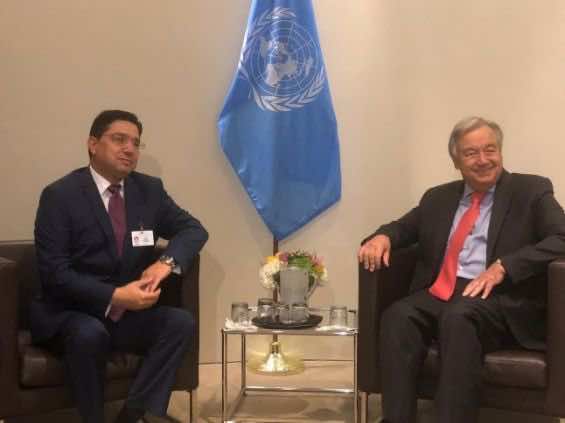 The meeting took place on the sidelines of the 73rd UN General Assembly, which will run until October 5.

He also expressed “his gratitude to Morocco for hosting the Intergovernmental Conference on the Global Compact for Migration.

Marrakech will host the migration conference, which will see the adoption of the global compact for safe, orderly, and regular migration, in December.

The global compact seeks to address the human rights and developmental aspects of international migration.

The World Forum on Migration and Development will also take place in Marrakech prior to the intergovernmental conference on December 5-7.

Maghreb Arab Press (MAP) reported that Guterres and Bourita also discussed the Western Sahara conflict. However, no details were revealed.

The personal envoy of the UN secretary-general for Western Sahara, Horst Kohler, has sent invitations to Morocco; Mauritania; and the Algerian-backed separatist group, Polisario to join talks on the conflict.

Kohler aims to renew talks between the parties to find an agreed upon and mutually acceptable solution to the 42-year-long conflict.

Prior to his meeting with the UN secretary-general, Bourita met with the foreign affairs ministers of several countries.