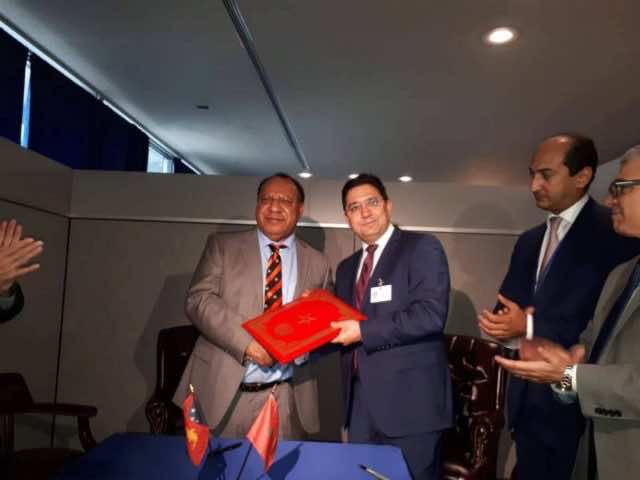 Bourita and Obe’s bilateral talks took place on Friday, September 28, on the sidelines of the 73rd United Nations General Assembly, which opened on September 18.

During the General Assembly, Bourita met US President Donald Trump, in addition to foreign ministers of Denmark, Chile, Cyprus, Vietnam, Indonesia, and Poland.