Rabat - Gabon has reasserted its support for Morocco’s autonomy plan, describing it as an “ideal framework” to reach a solution for Western Sahara.

By
Tarek Bazza
-
Tarek Bazza is a journalist at Morocco World News with Master’s degree in Translation from King Fahd School of Translation in Tangier.
Oct 2, 2018

Rabat – Gabon has reasserted its support for Morocco’s autonomy plan, describing it as an “ideal framework” to reach a solution for Western Sahara.

“This initiative is in conformity with international law and the United Nations Charter, and falls within the framework of the right to self-determination,” said Gabon’s permanent representative to the UN, Ambassador Michel Xavier Biang.

Biang delivered the statement Monday in a speech at the UN General Assembly in New York.

Biang reaffirmed Gabon’s support for the UN’s efforts to bring peace and security to Africa and welcomed the UN secretary-general’s efforts, along with his special envoy to Western Sahara’s key role in the political process.

Biang also stated that “the resolutions of the Security Council that were adopted since 2007 on this issue have clearly underlined this, including resolution 2414 dated 27 April 2018, which emphasizes mainly the need to search for a realistic, pragmatic, and durable political solution that is based on compromise.”

Many African countries also expressed their support for Morocco’s territorial integrity and recognized the North African country’s efforts to reach an agreed upon and mutually acceptable solution to the Western Sahara issue.

In February, Ghana’s Senior Minister Yaw Osafo-Maafo reiterated his country’s support for Morocco’s autonomy plan as a consensual and mutually acceptable solution for the Western Sahara conflict in a meeting with the Moroccan head of government.

Mali’s Minister of Foreign Affairs Tieman Hubert Coulibaly said that Morocco’s efforts were “serious,” “credible,” and respect the parameters of the UN Security Council’s observation mission in Western Sahara, while speaking in a press conference in April in Morocco.

Senegal and Burkina Faso also recognized the effectiveness of the Moroccan autonomy plan.

“We believe that this initiative, developed in good faith, is more than ever an appropriate framework for a happy and lasting solution to this dispute on the basis of a dynamic and realistic compromise,” Gorgui Ciss, Senegal’s deputy permanent representative to the UN, said in October 2016, at UN headquarters.

“Our stance has not changed. Everybody knows it. [Western Sahara] is an integral part of Morocco,” Compaore told MAP in April 2016, following talks with Morocco’s minister delegate to the minister of foreign affairs and international cooperation. 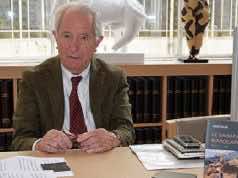