Rabat - The Moroccan government has rescued 32 migrants and recovered the bodies of 11 after their boat sank off Nador in northeast Morocco on October 1.

Rabat – The Moroccan government has rescued 32 migrants and recovered the bodies of 11 after their boat sank off Nador in northeast Morocco on October 1.

The Royal Gendarmerie of Nador arrested a human smuggler from Mali aged 18. The rescued migrants were from sub-Saharan Africa.

The gendarmerie opened an investigation to identify who was leading the migration operation.

The operation comes while the government is on high alert to prevent undocumented migration and combat migration networks.

On September 24, the royal navy opened fire on a boat of migrants, killing a 20-year-old Moroccan woman and injuring three others.

The shooting put the government under pressure as Moroccans mourned the tragic death of Hayat.

A military source told AFP that the migrants on board the go-fast boat were hidden under a tarp, so the navy could not see them. Morocco’s minister of human rights also explained that authorities were targeting the captain and not the migrants as such boats are suspicious and are thought to smuggle drugs. Over 1600 Children Seeking Asylum in the Netherlands Have Gone Missing 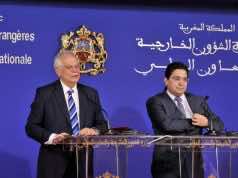 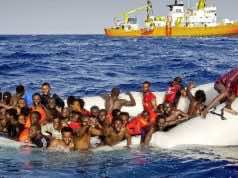