Rabat- Two Canadians of Moroccan descent have been elected to the Canadian Parliament in Canada’s latest provincial elections on October 1. 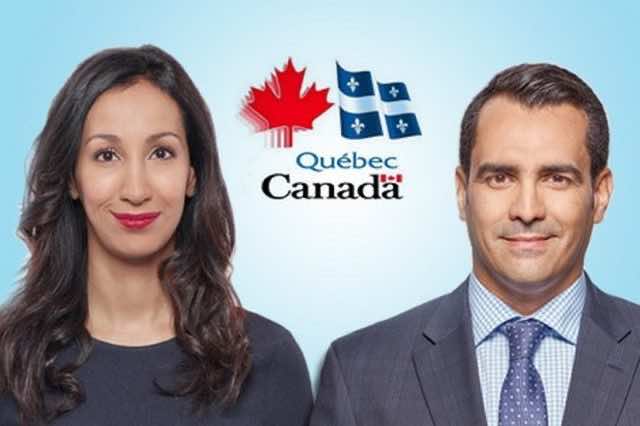 Rabat- Two Canadians of Moroccan descent have been elected to the Canadian Parliament in Canada’s latest provincial elections on October 1.

Both represent the Canadian Liberal Party and won landslide victories in their respective electoral districts.

Born in Marrakech, Moncef Derraji grew up in Morocco. Like many Moroccans, he left the country to seek greener pastures abroad.

In Quebec, Canada’s francophone province, Derraji’s civic engagement quickly earned him recognition in his neighborhood and among his colleagues.

Derraji, who worked in the private sector for nearly 14 years on the executive board of pharmaceutical companies between Canada and Morocco, made his political debut only in 2015. He was elected as chairman of the Quebec Rally of Young Chambers of Commerce (RJCCQ).

Although a new-comer to Canadian politics, Derraji is a well-known figure in Moroccan elite circles, having conducted many economic missions in Morocco under the auspices of CGEM, the leading conglomerate of Moroccan business owners.

Born and raised in Canada to Moroccan parents, Marwah Rizqy, the second newly-elected MP, is a more obscure name in Moroccan business circles.

In Quebec, however, the tax law professor is not new to the political scene. She ran twice for office before her triumph on October 1. She spent the bulk of her life in Montreal but has also lived in Florida, in the US, where she earned a master’s degree and a doctorate in fiscal law.

Currently a tax law professor at the Sherbrook University, Rizqy presented herself during her campaign as an “ardent fighter for employment and fiscal equity in Canada.” Over the years, Rizqy has received numerous accolades for her professional, academic, and civil efforts.