Minister of Employment Mohamed Yatim called on Morocco and Spain to reinforce cooperation on seasonal workers in a statement Tuesday.

Yatim spoke about seasonal workers with Spanish secretary of state for migration, Maria del Consuelo Rumi Ibanez, who is on an official visit to Morocco.

Yatim said, “Circular migration is now a reference model at the regional and even international level.”

According to the minister, the countries should revise the employment agreement to allow for “candidate selection procedures to be adapted to new situations and to open up new social rights for seasonal workers, including retirement.”

Ibanez shared Yatim’s point of view that Morocco and Spain should consolidate their partnership for better migration management, calling for more support from the EU.

Throughout the summer, several Moroccan seasonal farmers said they were subjected to sexual harassment and assault by Spanish managers in the strawberry producing region of Huelva.

In an interview with MAP, the Spanish official said that Morocco’s role cannot be questioned.

“Morocco honors its commitments and respects the agreements it has signed in the fight against illegal migratory flows,” she said.

She also added that the North African country deserves “support and financial assistance from the European Union to address this situation.”

According to the Spanish official, Spain will serve as “the voice of Morocco within Europe to ask for more support and financial aid.”

Her statements follow rising tension over undocumented migration and the Moroccan Royal Navy’s firing on a boat of migrants on September 24, killing a 20-year-old woman. 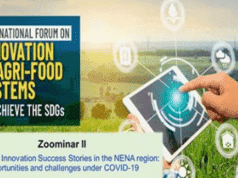