Rabat- The UNHCR commissioner, Filippo Grandi, has said that Morocco sets an example in its immigration and asylum policy. 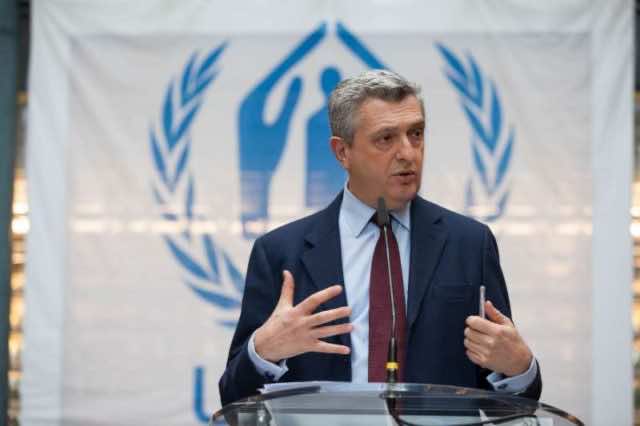 By
Ahlam Ben Saga
-
Ahlam Ben Saga is a Cultural Studies graduate from university Mohammed V of Literature and Humanities in Rabat.
Oct 4, 2018
Spread the love

Rabat- The UNHCR commissioner, Filippo Grandi, has said that Morocco sets an example in its immigration and asylum policy.

At the 69th session of the United Nations High Commissioner for Refugees (UNHCR) executive committee on Tuesday in Geneva, Grandi took the opportunity to review Morocco’s humanitarian initiatives and approach to asylum and immigration policy.

Grandi made his remarks in an exchange with the permanent representative of Morocco to the UN in Geneva, drawing attention to the “excellent” cooperation between the North African country and UNHCR.

The comments have come at the time when Morocco is combating the migration to Europe, not only of sub-Saharan Africans but also of Moroccan young people.

The latest incident hitting the headlines, in which the Royal Moroccan Navy shot at a migrant boat in the Mediterranean and killed a 20-year-old woman, has drawn increased attention to migration in Morocco.

The dream of reaching their El Dorado leads hundreds of Moroccans, both adults and minors, to northern Morocco in an attempt to find a route to Europe.

According to Spain’s Ministry of the Interior, Moroccan nationals make up the highest number of the 38,000 migrants believed to have entered Spain in 2018.

The Moroccan government is under pressure to find rapid solutions to confront the challenges of undocumented migration.

In terms of asylum policy, Morocco has become a destination for refugees and migrants under its National Policy on Immigration and Asylum (NPIA), which was launched in September 2013 under the instructions of King Mohammed VI.