Rabat- The play "Camouflage" by the Fawaniss Association of Ouarzazate has won four awards at Marrakech’s first National Festival of Theater Enthusiasts. 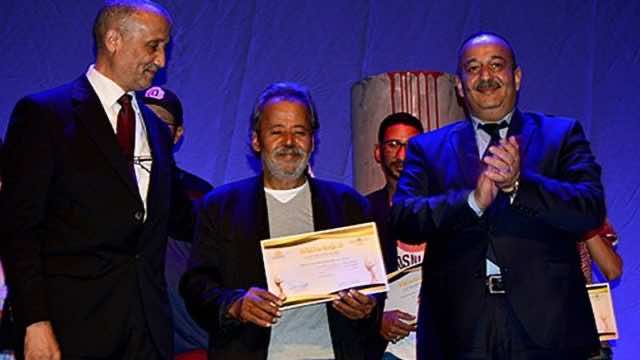 Rabat- The play “Camouflage” by the Fawaniss Association of Ouarzazate has won four awards at Marrakech’s first National Festival of Theater Enthusiasts.

The festival ended Tuesday, October 2. For the closing, the minister of culture and communication, Mohamed Laaraj, chaired an award ceremony.

The best female performance award was given to Sawssane Halim from “Aja” Sale.

Speaking at the closing ceremony, Laaraj stressed that this first theater festival was a success and highlighted organizers’ efforts to ensure the sustainability of the cultural and artistic event.

The festival’s program included training workshops, the signing of drama publications, conferences, and a special tribute to the artist Moulay Idriss Al Maarouf.

The festival aims to showcase the talents of drama lovers, said the minister, noting that it was held to spotlight the dynamic theatrical movement in all regions of Morocco.

Laaraj explained that Moroccan theatrical activity is among the most dynamic in Africa.

Organized by the Ministry of Culture and Communication and the Arab theater forum, the festival boasted the participation of 12 troupes representing the 12 regions of Morocco.