Rabat- The Ministry of Economy and Finance has launched an online platform to process complaints of delays in government salary payments. 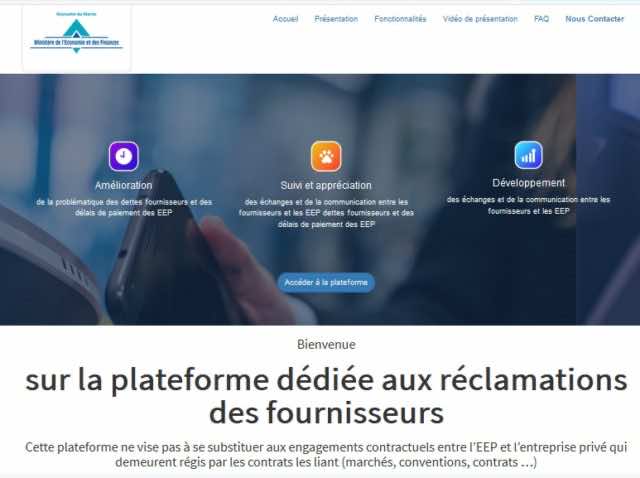 Rabat- The Ministry of Economy and Finance has launched an online platform to process complaints of delays in government salary payments.

The platform,“ajal finances,” was launched Thursday, October 4, at the instructions of King Mohammed VI. It seeks to improve the business climate in Morocco, identify the causes of salary payment delays and increase transparency.

The platform will regularly monitor complaints and act as an intermediary to find solutions.

The platform aims to complement the information systems of public institutions rather than replace them, and help build affinity between employees and employers, said the ministry.

The launch of ajal finances is in line with King Mohammed VI’s speech on the occasion of the 65th anniversary of the Revolution of the King and the People on August 20.

The King stated that government agencies must also pay what they owe businesses: “Any delay in payment can potentially lead to bankruptcy and the subsequent loss of many jobs.”

“How can officials claim to lead by example if government agencies and state institutions fail to honor their obligations?” the King questioned.