Rabat - A forum on Morocco-Canada expertise sharing has highlighted the need to bolster Morocco’s productivity and global prestige in aeronautics.

Rabat – A forum on Morocco-Canada expertise sharing has highlighted the need to bolster Morocco’s productivity and global prestige in aeronautics.

Held in Skhirat, a coastal town between Casablanca and Rabat, the forum convened over 200 participants to discuss the recent achievements and the potential of the aeronautical sector in Morocco.

The event, which was organized by a group of Moroccan experts residing in Canada under the auspices of the ministry in charge of Moroccans living abroad, sought to “devise the ideal way to facilitate the contribution of the Moroccan diaspora to the socio-economic changes in their country of origin.”

As an increasingly profit and job-generating sector, migration is an integral part of Morocco’s new development plan, organizers noted. And despite the range of views presented by officials and experts at the event, there was overwhelming agreement on the economic importance of the Moroccan diaspora.

As officials and experts shared their perspectives, the convention took on a serious note, gathering momentum as experts, organizers, and official representatives from Morocco and Canada praised the “strategic partnership” binding the two nations.

In addition to bringing the two countries closer through the investment model pioneered by Moroccans residing in Canada, they noted, the Morocco-Canada aeronautical cooperation signaled the beginning of a journey that has the potential to propel Morocco to the forefront of aeronautical breakthroughs.

Abdelkarim Benatiq, deputy minister for Moroccans living abroad, and under whose department’s auspices the forum was held, underlined the positive impacts of immigration “in a world of growing suspicion and distrust [about migrants].”

“Contrary to general clichés about migrants and migration, the reality of human mobility is globally a positive one,” Benatiq said. He explained that “in a constantly changing world, where physical barriers are gradually disappearing, the imperative of economic and cultural opening has never been more pressing for countries.”

Putting the Morocco-Canada cooperation in the general context of globalization, the minister went on to say that socio-economic problems worldwide are increasingly becoming issues which require “collective responses from governments” as well as a mindset of “shared burden.”

For his part, Moulay Elalamy, the minister of industry, seized the occasion to spotlight Morocco’s achievements in the industrial sector, particularly since the launching of the 2014-2020 “Industrial Acceleration Plan.”

“There has been a true revolution in Morocco’s industrial sector,” the minister said, explaining that over half of the plan’s projected results have been achieved.

“When I showed the products of some of our achievements to my Canadian counterparts, they were positively shocked that such aeronautical advances could be made in Morocco,” he noted.

But while the achievements have been “incredibly impressive,” Elalamy continued, “There still remain questions to answer and areas to improve.”

Among the pressing needs of Morocco’s emerging aeronautical sector, a recurring problem is “the lack of highly qualified technicians to face the immediate and urgent needs of an assertively growing industry.”

Elalamy said that Morocco hoped to learn a lot from Canada, which comes third in aeronautical performance worldwide.

Canada proud of its Moroccans

In his speech prior to the signing ceremony, the chargé d’affaires of the Canadian embassy heaped praise on Moroccans residing in Canada.

He said that their commitment to both their host country and their country of origin, as well as their expertise in their respective fields, set the stage for the success of bilateral ties between the two countries as well as the signing of agreements such as the expertise-sharing agreement in the aeronautical sector.

“I am proud to be signing this agreement on my country’s behalf,” he said.

“Canadians of Moroccan descent represent one of the biggest successes of Canada’s multiculturalism.”

The Canadian official’s remarks come in the wake of two success stories in the Moroccan community in Canada.

On October 1, Moncef Derraji and Marwah Rizqy, two Canadians of Moroccan descent, were elected to the parliament in Quebec’s provincial elections.

Prior to their election to the parliament, Derraji, a private sector operator who for 15 years worked for Canadian pharmaceuticals, and Rizqy, a tax professor at the Brooke University, had both been praised for their civic engagement and successful careers.

Aeronautics: Nexteam Group Wants to Be Major Player in Morocco 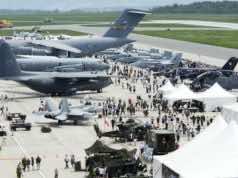