Rabat- Morocco’s Ministry of Education has decided to remove a schoolbook containing images of “sexual nature” from a private school. 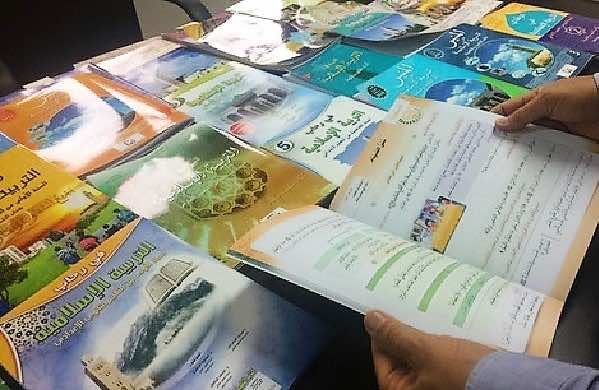 By
Ahlam Ben Saga
-
Ahlam Ben Saga is a Cultural Studies graduate from university Mohammed V of Literature and Humanities in Rabat.
Oct 8, 2018
Spread the love

Rabat- Morocco’s Ministry of Education has decided to remove a schoolbook containing images of “sexual nature” from a private school.

The Regional Academy of Education and Training of Casablanca region has resolved to ban all copies of a textbook used at a private school in Sidi Bernoussi district in Casablanca, reported the daily Al Massae newspaper on Monday.

The academy fired the school’s pedagogical director for not identifying the content and informing them of it.

Since the ministry had not previously approved the use of the controversial school book, it is considered a “violation of article 4 and 8 of law 06.00 on the status of private education,” stated the academy.

The move came after displeased parents demanded that the book be removed and replaced with a certified book that is compatible with “Moroccan culture,” wrote the newspaper.

The Ministry of Education has taken action on controversial school books before.

A school book was removed in September for its “blasphemous” content.

The Regional Academy of Education and Training of the Rabat-Sale-Kenitra region removed all copies of the francophone textbook which contained pictures of a controversial text.

The content reads: “The little God took a piece of paper, color pencils, and he painted the world,” and “God started by creating the sky and earth. However, the sky was empty, and the earth too.”

The unidentified school also used the book without asking for permission from education authorities, however the ministry did not fire the school’s director.

Recently, Moroccan parents and the public have expressed their concerns about the content and quality of education in Morocco.

Including some Darija (Moroccan Arabic) words in school books angered some people, who called on the government to remove all books that contain words in the dialect, describing them as misleading and unhelpful.