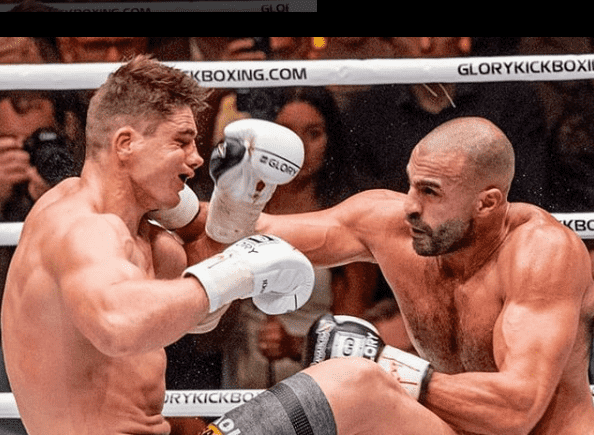 In a Dutch television program, the Dutch kickboxer said that he is “ready” for another confrontation with the Moroccan star.

“I am waiting when I will be informed of the date and the location where the combat will take place,” he said.

Verhoeven defeated Hari in 2017 due to a shoulder injury Hari suffered in the second round. Despite the defeat, Hari promised that he would be back in 2018 when he would be fully ready to face off with Rico again.

I don’t like the retrospectives because there is still much work (KOs) to be done but it seems to be a (funny) list day… To be completed: ?Hesdy Gerges ?Ismael Londt – KO ?Stefan Leko – KO ?Alexey Ignashov ?Ruslan Karaev – KO ?Gokhan Saki – TKO ?Alistair Overeem – TKO ?Semmy Schilt – KO ?Peter Aerts – TKO Unreachable Bad Boy. There will be no loophole for my opponents.

Moroccan television channel Arryadia published a poster of the two stars captioned, “A revenge rematch between Badr Hari and Rico Verhoeven next March. The rematch will be broadcasted live on Arryadia.”

Hari has tangled with Verhoeven, calling himself “the best, the number one, the absolute best.” The star has shared several photos of himself on his social networks doing intensive workouts.

In August, Hari wrote a post on Instagram, saying “I don’t like retrospectives because there is still much work (KOs) to be done but it seems to be a (funny) list day…. Unreachable Bad Boy. There will be no loophole for my opponents,” citing some of the most challenging games he had won.

Receiving the message loud and clear, it did not take long for Verhoeven to respond to his opponent. “Unreachable bad boy that’s exact what you are when they call you for the big fight……get to training and let see how long you last this time.”

On the same post, Hari tagged his Dutch rival in a comment and wrote: “Dear Rico, don’t try to feed a false rumor: there was NEVER any discussion regarding a fight in September. How can you imagine that you would have been the 1st fighter on the poster in such a case ?”

In his comment, the Moroccan kickboxer wrote, “Don’t forget who’s the boss.”

After defeating Dutch kickboxer Angelo Marshall, Ben Saddik challenged Hari, who was in the audience.

“Come here; you are always a bad boy,” said Ben Saddik after winning his fight.

Hari did not hesitate to enter the ring and has accepted the challenge. “You are not my first choice, but if you want it it is ok for me, I am ready.”