Rabat - Morocco’s bid to join ECOWAS has been submitted to an independent committee of experts for legal review. 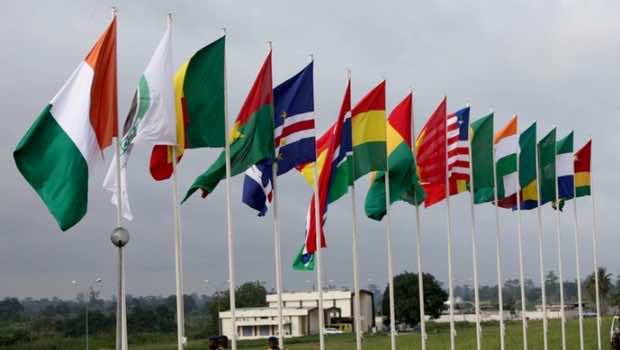 Rabat – Morocco’s bid to join ECOWAS has been submitted to an independent committee of experts for legal review.

The move is the final step of admissibility within the regional body. It comes a year after heads of governments in the Economic Community of West African States (ECOWAS) evaluated the political and economic aspects of Morocco’s prospective membership.

Morocco’s ECOWAS bid, which followed the North African country’s historic return to the African Union in early 2017, has been greeted with an equal amount of reserve and support.

The major suspicion of critics—in addition to the widely circulated geographical argument, Morocco not being geographically located in West Africa—is that Morocco will be a threat to the region. The great majority of ECOWAS countries are lagging miles behind in international visibility and national productivity.

They argue that Morocco will disrupt the market and power balance of the organization.

But Rabat’s ECOWAS aspirations have also been applauded by many, including a number of ECOWAS member states presidents, civil organizations, and internal relations experts. Morocco’s bid is particularly supported in countries like Guinea, Côte d’Ivoire, Mali, and Senegal, where a bold Moroccan presence has improved public discourse on Morocco.

As development is contagious, Morocco’s growing industrial sector, advanced housing sector, and evolving dynamism in many other fields will propel other lagging member states, supporters have claimed.

How will the Nigerian factor impact accession?

While the geographical argument and the general population’s qualms about a Moroccan accession have been reported to have slowed down the pace of negotiations, Morocco’s sluggish ECOWAS tale also includes the strategic weight that Nigeria carries in the regional body.

A study published in August found that Morocco’s ECOWAS dream is still facing “serious obstacles.” The study predicted that Morocco’s accession to the regional body is “far from certain” and may take longer than expected to materialize.

“We note that significant obstacles to accession remain, due to both political and economic concerns, particularly from Nigeria. This implies that membership is likely years rather months away, and may be blocked entirely.”

Morocco and Nigeria have been on good diplomatic terms since the election of President Muhammadu Buhari, who is also the incumbent ECOWAS chairperson. The two leaders signed earlier this year a historic pipeline project set to promote political and economic integration in West Africa.

Francophone magazine Jeune Afrique has reported that the three-member committee’s final verdict will be known in the coming days or weeks.

But given the unconventional buildup that led to the final step—prolonged delays, mixed feelings, and an increasingly Africa-oriented Morocco, it remains to be seen whether the verdict will be reached as early as expected.