Rabat- The Moroccan Coalition Against the Death Penalty has called for a demonstration in front of Parliament to demand the abolition of the death sentence. 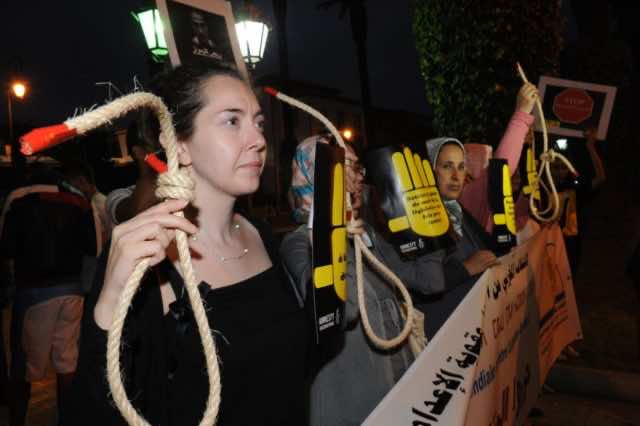 Rabat- The Moroccan Coalition Against the Death Penalty has called for a demonstration in front of Parliament to demand the abolition of the death sentence.

To bring awareness to its campaign, the coalition organized a press conference alongside the Moroccan Prisons Observatory (OMP) on Tuesday in Rabat.

The coalition seeks to lead a demonstration to ask MPs to vote for the UN resolution for a “moratorium on the use of the death penalty” which the country had abstained from in 2016.

The call for the demonstration is in line with the World Day Against the Death Penalty on October 10, Wednesday.

The coalition will also call for the government to improve prison conditions for those already sentenced to death.

Morocco’s representative to the UN, Omar Hilale, clarified that the country has maintained a de facto moratorium on the death penalty since 1993, when the last government-sanctioned execution occurred.

In 2017, at least 95 people were sentenced to death in Morocco. And in contradiction to Hilale, Death Penalty Worldwide recorded more than 15 individuals were executed in 2017.

The UN argues that the North African country’s position is incompatible with Articles 20 and 21 of the constitution, which guarantee the right to life to all human beings and the right to “the security of their person and of their kin.”

Since the revision of the constitution in 2011 to include the “right to life,” human rights missions and NGOs have repeatedly called on Morocco to abolish the death penalty.