Rabat - The Islamic affairs minister has arrived in Astana, Kazakhstan, to represent King Mohammed VI at the Congress of the Leaders of World and Traditional Religions. 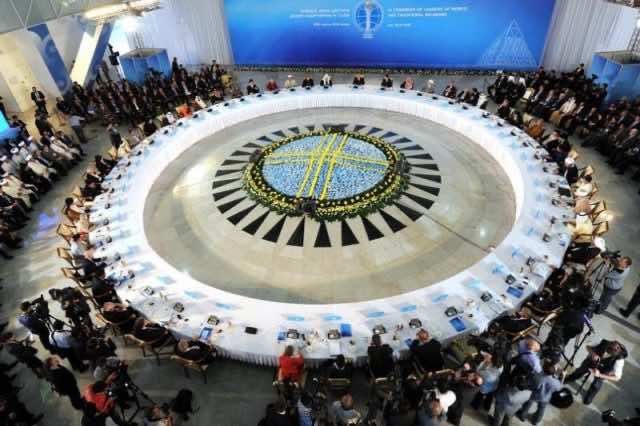 Rabat – The Islamic affairs minister has arrived in Astana, Kazakhstan, to represent King Mohammed VI at the Congress of the Leaders of World and Traditional Religions.

The two-day event opened on October 10.

During the event, the Moroccan minister spoke about the role of religious dialogue in promoting peace from a Moroccan perspective. He based his remarks on Morocco’s experience and its moderate Islamic model based on the Maliki doctrine. Maliki is one of the four major doctrines of Islamic jurisprudence within Sunni Islam.

Morocco has taken several steps to fight radicalism by ensuring that the practice of Islam remains unified, moderate, and stable.

As part of the strategy, the King instructed the Ministry of Islamic Affairs to open centers to train imams and teach the moderate strain of Moroccan Islam.

In a recent message of King Mohammed VI read by Head Of Government Saad El Othmani on the sidelines of the 73rd UN General Assembly, the King also emphasized the importance of education to promote coexistence between religions.

Astana’s conference is taking place under the theme “Global Leaders for a Secure World.”

The conference will discuss several themes, including “World Peace in the 21st Century as a Concept of Global Security,” and “New Opportunities for the Enhancement of Humanity.”

Astana Times reported on October 4 that the conference has played “an important role in the rapprochement of cultures and civilisations, in searching for answers to the key challenges of our time” for 15 years.

The news outlet reported that the idea for the event was “put forward in 2003 against the backdrop of emerging crisis of the world order after the cold war, unprecedented 9/11 terrorist attacks in the United States and military operations in Afghanistan and Iraq.”