Rabat - The speaker of the Moroccan House of Representatives, Habib El Malki, has welcomed Germany’s position on the ongoing Western Sahara conflict. 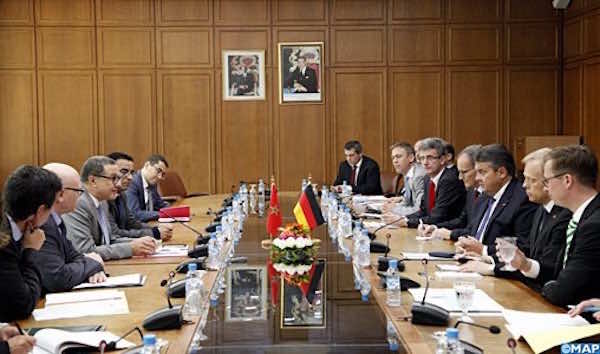 Rabat – The speaker of the Moroccan House of Representatives, Habib El Malki, has welcomed Germany’s position on the ongoing Western Sahara conflict.

In a subsequent interview with Maghreb Arab Press (MAP), El Malki said that his conversation with Schaeuble leads him to think that Rabat can count on Berlin’s principled position when the time comes for negotiations in the Western Sahara territorial dispute.

During their meeting on Monday, the German parliamentarian highlighted the strategic relationship between Rabat and Berlin. Schaeuble called Morocco a vital partner in the EU’s foreign policy in Africa and the Mediterranean. He particularly stressed the “prominent role” that Rabat has historically played in Europe’s security and immigration agenda.

Morocco, a strategic EU partner, has recently struck new deals with the European body. The agreements include the renewal of agricultural and fisheries agreements that include the southern territories.

And despite widespread condemnation of the EU-Morocco agreements in pro-Polisario circles, Schaeuble reiterated his country’s commitment to sustain and protect the Euro-Moroccan deals.

According to El Malki, Germany was among the pro-Morocco forces within the continental organization during negotiations that led to the renewal of the Morocco-EU agreements.

On Western Sahara, Schaeuble reaffirmed Germany’s commitment to supporting the UN Security Council’s agenda. Germany, he told his Moroccan counterpart, is ready to collaborate to commit all involved parties to the negotiating table.

“My country is determined to work, during its term as head of the United Nations Security Council, to give impetus to the dialogue process, by involving all parties directly concerned, in order to support the efforts of the UN Secretary-General’s Personal Envoy, Horst Köhler, to find a consensual solution to this issue and to turn towards development and regional integration issues,” El Malki quoted Schaeuble.

Support for Morocco’s position is increasing

Morocco’s extensive investments in the southern provinces, El Malki explained, are gradually convincing many in the international community that Morocco’s autonomy plan is sincere.

He added that Morocco’s development projects in the southern territories have exposed the pro-Polisario circles’ propaganda campaigns about Sahrawis’ hostility towards Morocco.

Since 1999, when King Mohammed VI ascended to the throne, Morocco has increased investments in historically marginalized and lagging regions in the north and south.

In the southern provinces, Morocco has pledged a $7.7 billion plan to develop infrastructure, improve living standards, and enhance the region’s appeal to both Moroccan and foreign investors.

The strategy has borne fruits. Locals’ grievances have been relatively addressed through employment opportunities, while Morocco has seized the opportunity to showcase its genuine commitment to developing southern territories.

For all Morocco’s development investments, however, the Polisario Front and its supporters have been inflexible. Sidelining on-the-ground proof of local support for Morocco, they have claimed that locals do not benefit from Moroccan investments.

While the report strove to keep a neutral position in the decades-long conflict between Morocco and the Polisario Front, it pointed to locals’ satisfaction with Morocco’s development efforts, despite some general concerns.

“In Laayoune, Dakhla and Smara, my Personal Envoy met with a large number of locally elected officials. They highlighted developments in the education, health and economic sectors and stated that the people west of the berm were grateful for the support received from Morocco, particularly the US$ 7.7 billion development plan,” the report said.

Morocco and the Polisario Front have accepted the UN Secretary-General’s personal envoy’s call for a meeting.

As the international community pushes for an end to the decades-long diplomatic stalemate in the Sahara dossier, Malki suggested optimism. He hoped that further proof of Morocco’s genuine development efforts in the southern provinces as well as external support for the country’s 2007 autonomy plan will eventually prevail.