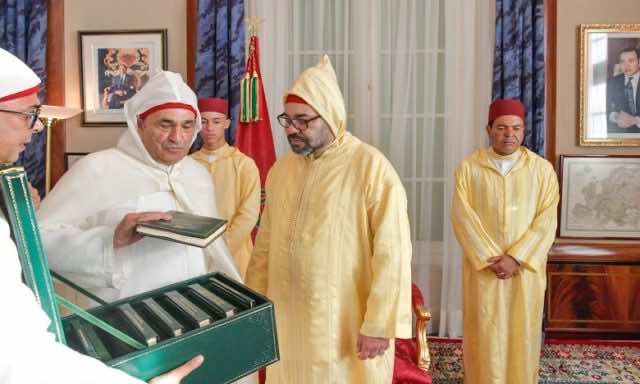 On Friday, the military service bill was part of the King’s agenda at the opening of Parliament’s fall session.

Responding to one of the main concerns voiced by some youth, the King said that no one will be exempt from military service irrespective of social status or level of education.

“With regard to performing military service, it must be emphasized that all the Moroccan citizens concerned–without exception–are equal, regardless of social background, diploma or education,” said the King.

Read Also: Mandatory Military Service: To Some It’s Patriotic, To Others It’s Punishment

The draft’s approval in August sparked confusion among the public, as the only indication that mandatory service would be reintroduced came just two days prior.

Bill 44.18 on mandatory military service says that all Moroccan youth between the ages of 19 and 25 will spend 12 months participating in military service unless they are exempted for extenuating circumstances, such as physical or mental illnesses and those who support their families financially.

After the bill was approved, the King issued a statement in support of military service; the statement emphasized that the obligatory service would aim to promote patriotism in youth.

In today’s speech, the King reiterated elements of the royal statement, saying that mandatory service will enhance “the sense of belonging to the homeland.”

Amid the increasing rate of unemployment, the King believes that military service will help curb the crisis, as it gives access to training “which opens up opportunities for the professional and social integration of qualified conscripts who demonstrate a sense of responsibility and commitment.”

Read Also: Mandatory Military Service Might Not Include Moroccan Binationals

Article 6 of Bill 44.18 on mandatory military service says that conscripts will be awarded grades according to the Royal Armed Forces’ current hierarchy standards. Conscripts will also receive MAD 2,000 each month, but they will not be able to collect the reward until the conclusion of the 12-month period.

Morocco first introduced an 18-month military service on June 9, 1966, in accordance with Royal Decree 137-66. According to the decree, the national military training aimed to enable youth to “contribute effectively and in all circumstances to the defense of their homeland.”

At the time, every 18-year-old Moroccan man had to visit the qaid (governor) of his region, who evaluated whether he was qualified for the military. Men with physical illnesses were exempted from participating in the national military training.

The measure aimed to increase conscripts’ skills and aid in their contributions “to the development of their country.” Morocco reduced the length of service to 12 months in 1999 and abolished military service completely in 2006.

One out of many

Reinstating mandatory military service is part of a long list of reforms the King has implemented in search of a solution to the ongoing unemployment crisis in the country.

Other reforms focus on education and vocational training, which are “meant to benefit citizens, especially young people, and to enable them to help serve their country.”

Vocational training and education have been the main priorities in most recent speeches of King Mohammed VI. He has said that vocational training aims to integrate youth into a new technical sector,  and practical applications of the skills they learn will enable them to find employment.

“Vocational training is a powerful lever for employment, provided it receives the attention it deserves and so long as it is given a new status as well as a broader scope,” said the King.

Since it was established in 1974, the Office of Vocational Training and Employment Promotion (OFPPT) has welcomed hundreds of students annually for training in several fields.

There are several specializations available through OFPPT, including communications, business, IT, administration, and automotive mechanics. There are public training institutions that offer vocational training throughout the year across the country.

According to the King, there should be a balance between theoretical training and practical and workplace training: “It is necessary to work on creating more bridges and links between vocational training programs and general education courses within a unified, integrated system.”