Rabat- Every day, we are bombarded with vast amounts of information from countless sources. But how do we know whether that information is the truth? 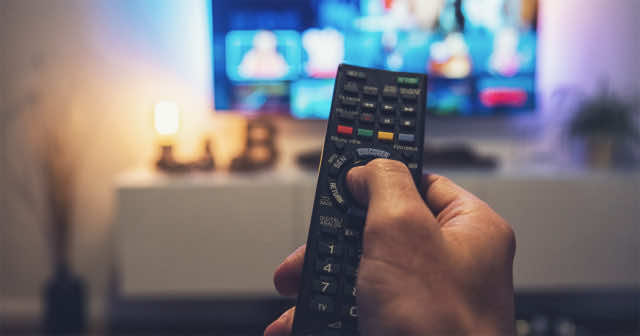 Rabat- Every day, we are bombarded with vast amounts of information from countless sources. But how do we know whether that information is the truth?

The glut of information we daily get from television, the radio, internet ads, cell phone pop-up notifications, and street billboards seems to dominate our society. It cultivates stress and creates confusion on what is wrong and what is right. To find truth, we need to conduct research while the stream of information, both real and “fake,” rushes on 24/7.

If you trace a social network timeline you will be confronted by numerous stories shared and re-shared. The stories feature people and events grabbing the attention of the masses. Information keeps circulating on the internet and gets older even as it gets more shares.

We usually gravitate toward shocking headlines and stories—the basic ingredients for news agencies. And no wonder, the news industry revolves around gaining followers and clicks. No matter how old the information becomes, its accuracy remains questionable. This is what we have learned from history.

A few days ago, someone—probably a news agent—posted a Facebook ad about a missing girl. She had left home and disappeared, the story went. The reporter wrote a story full of assumptions and rumors about why the girl left home. Readers ate it up, and kept sharing the ad to help her family find her.

A few hours later, the girl was found and returned home, yet the ad kept circulating. Though she was no longer missing, it was re-shared for several days.

Another historical example is that of Hiroo Onoda, a Japanese intelligence officer in the Philippines. He fought for 29 years after the end of World War II, hiding, fighting, and killing in the jungles. He either was not informed or did not believe the war was over.

When people operate on outdated information, they can make terrible mistakes, playing on the stage of history.

Our knowledge usually comes from our life experiences with four sources of authority: History or common knowledge, “credentialed” authority, common sense and intuition, and science.

The masses tend to take such ready-made assertions for granted without investigation or questioning. When we hear the same thing over and over, we eventually believe there is some truth in it.

Local myths and legends, Tshering Cigay Dorji argues “give us insights into local history and beliefs. People get a sense of where they come from and where they belong from the local legends. The legends behind place names help people understand the history of their place even though the legends may not be totally true.”

In a nutshell, a legend, that mythical or semi-mythical socio-historical construct, establishes itself as a popular “fact.” It grows in age and gains sympathy and consensus for its socio-cultural, ideological, economic, or political income.

I’m sure it’s true: The expert said so

We also tend to believe certain experts. We have a predisposition and willingness to trust experts when looking for assertions about our daily questions.

The credentialled authority of an expert in society exercises a decisive power over individuals’ beliefs, choices, and decisions. Such authorities play a pivotal role in shaping public opinion and its perceptions of reality.

We uncritically accept doctors’ prescriptions, views, and advice, despite their vulnerability to mistakes and medical errors. We feel secure in food quality if it has been approved by food and health authorities. Very few of us would question the accuracy of a story if broadcast by the dominant governmental news channel.

I just have a gut feeling about this

Third, we trust common sense and intuition. Common sense is the “sound” practical judgement based on our own personal experiences and what “most” people think is true. When confronted by compelling real-life situations in which we have no real knowledge or expertise, we naturally resort to the alleged certainty that common sense makes good sense.

Owing to such “direct knowledge,” we fall prey to the limits of our insufficient, factually inaccurate, or problematic personal experiences.

Likewise, the so-called intuition guides some of us to make immediate conclusions. We have prejudices about truth without any conscious reasoning, practical process, or factual clear-cut evidence. Such a belief in the ability to acquire instant knowledge based on gut feelings and unexplained hunches is risky. It is as risky and possesses us as much as authoritative knowledge.

But intuition as a human feeling and innate cognitive experience raises unanswered reasonable questions about the nature of human knowledge and the limits of human perception, emotions, and intelligence.

Read Also: How do Moroccans Date in the Era of Online Dating?

A better way: The scientific method

Finally, the most trustworthy source of knowledge is science. Research using the scientific method is a formal, systematic, and methodical process of collecting, analyzing, and assessing empirical evidence.

Such research is conducted to develop a valid understanding of reality and find the regularities and laws of nature. It helps us understand concrete phenomena and solve practical problems in our lives.

We feel comfortable when deferring to scientific knowledge because of its rigorous methodical rules. The scientific method assesses the accuracy of how we construct knowledge and minimizes the likelihood of error and prejudices.

True scientists insist on the replication of their studies, experiments, and findings before their assertions are deemed to true. Be it for exploration, description, explanation, or evaluation, scientific research quenches our thirst for accurate and trustworthy information.

Our perception of the nature of knowledge and the limits of the human mind and awareness should keep us open to healthy skepticism.

None of the previously listed sources of knowledge has the absolute perception of truth. The notion of accuracy is an approximate and partial comprehension of truth. There is still much more to be revealed and understood.

In fact, “knowing” is the process of discovering our own ignorance. Whether we are aware of our ignorance or not, it is already there. We cannot deny it simply because we cannot prove it.

Still, we are content with the scientific way of knowing because of the “more accurate” information it leads to. If we are to feel safe and comfortable, we must abide by the scientific and methodical rules of the knowledge industry.

But we should not be misled by notions of “accuracy” and “certainty” since our knowledge is bounded and relative.