Rabat - What do young Moroccan graduates expect from the labor country’s market? What are their dreams and long-term goals? 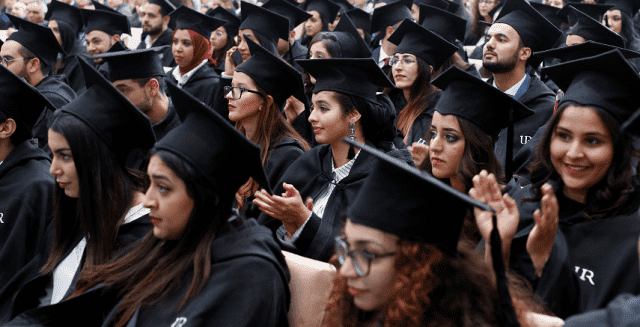 Rabat – What do young Moroccan graduates expect from the labor country’s market? What are their dreams and long-term goals?

Titled “Professions of Tomorrow,” the study drew from a sample the authors deemed representative of the new forces driving Morocco’s prospective labor market.

The study asked participants about their salary expectations, preferred workplace settings in Morocco and aboard, and long-term career plans.
For long-term career plans, most graduates declared they were interested in private businesses and entrepreneurship in high-tech and marketing industries. According to the study, 90 percent plan to have their own businesses at some point.

However, graduates hoped to start their careers with a stable employer.
While personal preferences and the wide range of skill sets among the participants resulted in diverging answers, the study found a general inclination among Moroccan graduates to work in multinational companies with branch offices in Morocco (41 percent) or in the big national industries (38 percent).

Among the 38 percent hoping to land a position with a national giant, the marketing and service sectors topped young graduates’ preferences.
OCP, the national and global market leader of phosphates, won the majority of the 38 percent (44 percent), followed by Royal Air Maroc (26 percent), and ONCF, the country’s national railway operator (21 percent).
Workplace environment, salary levels, and graduates’ area of study also played a major role in participants’ choices.

However, for all those who wanted to work for leading national companies, the study revealed many wish to leave Morocco and look for better opportunities elsewhere.

Twenty-five percent of young Moroccans dream of working abroad. And while Europe and North America remain the favorite destinations, there is a growing trend towards Asia.