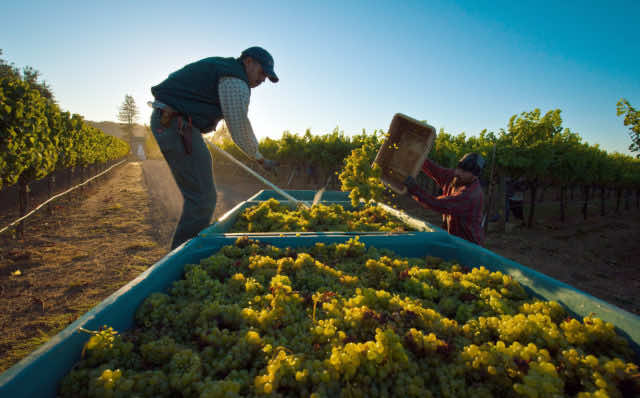 The general director of the company, Mamoun Sayah, has high expectations and appeared to be confident in Moroccan wine.

According to Xinhua, two other Moroccan companies will participate with their products at the event in Shanghai, a financial hub of China.

Sayah said that his winery “is expanding its production capacity.” He added that the winery used to produce 2.5 million bottles of wine annually.

Sayah said that the harvest is expected to increase the production capacity to 3 million bottles in 2018.

Speaking about the Chinese market, Sayah said, “It is very attractive for us to participate in this event. At present, our wines are mainly sold domestically, and we hope to further open the export market.”

According to Wine Enthusiast, Morocco was one of the largest wine-exporting countries in the world as far back as 1950.

In 2017, the magazine wrote that Morocco produces about 40 million bottles of wine annually.

He believes that Moroccan wine can become popular in the Chinese market, which imports many foreign wines, especially from France.

“I believe they can break through the encirclement of French wines and have a place in the Chinese market,” he said.

Moroccan Secretary of State for Foreign Trade Rakiya Eddarhem commented on Morocco’s participation in the first China International Import Expo, saying that “the participation will contribute to the diversification of the country’s business partners.”

Quoted by Xinhua, the chairman of the Moroccan Association of Exporters, Hassan Sentissi Idrissi, said Morocco’s presence an the “major event is strategic for promoting Moroccan exports.”

More than 2,800 businesses from more than 130 countries will take part in the event.