Rabat - David Parnham has pleaded guilty to soliciting murder among 13 other offenses. 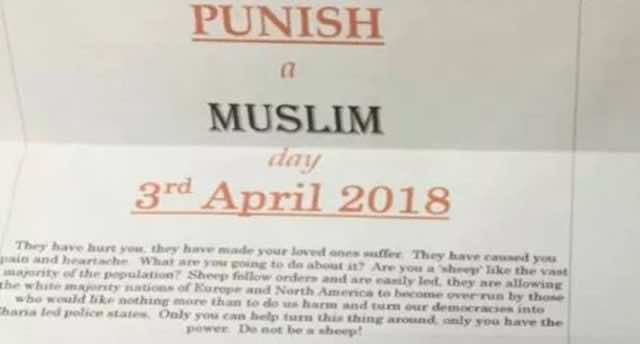 Rabat – David Parnham has pleaded guilty to soliciting murder among 13 other offenses.

In March, citizens of the UK and around the world were horrified by hundreds of letters sent anonymously encouraging people to carry out violence against Muslims. Fingerprint evidence linked the letters to David Parnham, a UK national, whom police arrested in June.

The letters were part of a larger campaign carried out over two years in which Parham also orchestrated a bomb threat and mailed white powder, which was treated as a poisonous substance, to public figures such as Queen Elizabeth II and Theresa May.

Parnham pleaded guilty to a total of 14 charges, including five counts of sending hoax noxious substances, one charge of staging a bomb hoax, and soliciting to murder. The final charge can carry a penalty of up to life in prison.

Parnham’s fingerprints were also found on a letter sent to Dylann Roof, a white supremacist who is currently serving a prison sentence for murdering nine African-Americans in Charleston, South Carolina, in 2015. Parnham cited Roof’s actions as inspiration for his own campaign.

Parnham is currently in custody and will be sentenced on November 23.