Rabat - The Moroccan government council has approved the MAD 443.206 billion 2019 finance bill, increasing spending across the board with particular increases in the subsidy fund and education. 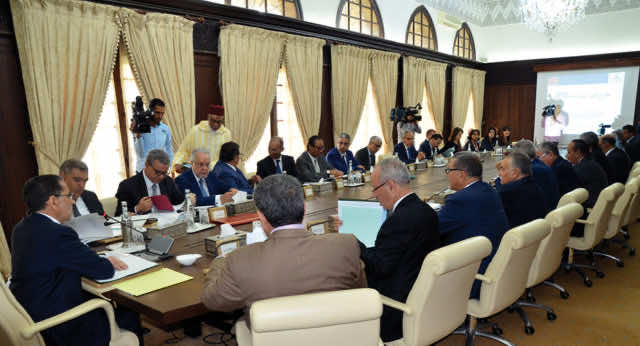 By
Tarek Bazza
-
Tarek Bazza is a journalist at Morocco World News with Master’s degree in Translation from King Fahd School of Translation in Tangier.
Oct 19, 2018
Spread the love

Rabat – The Moroccan government council has approved the MAD 443.206 billion 2019 finance bill, increasing spending across the board with particular increases in the subsidy fund and education.

The finance bill, Law 18.80, aims to achieve a growth rate of 3.2 percent in GDP, based on an assumption of a 70-million-hectare cereal crop and an estimated average price of $560 per ton of butane gas, according to a statement the government council released after its meeting Thursday.

An additional MAD 27 billion will be allocated to fund social and economic measures.

The government allocated MAD 17.67 billion for the subsidy fund to subsidize butane gas, sugar, and flour. The figure is a significant increase of MAD 4.65 billion from the 2018 budget.

The bill also gives the launch of the third National Initiative for Human Development a budget of MAD 1.8 billion.

The government allocated MAD 68 billion for education, an increase of MAD 5.4 billion from 2018.

According to the bill, the Tayssir school subsidy system will offer scholarships to as many as 2.1 million students, up from 706,000 in 2018. Within the education budget, the bill gives Tayssir MAD 2.17 billion, up by MAD 1.54 billion.

Preschools will receive MAD 1.35 billion for “100,000 new students.” The bill gives MAD 1.47 billion for boarding schools and cafeterias, up by MAD 570 million.

For the health sector, the government allocated more than MAD 16.3 billion, up 1.6 billion from the 2018 bill. The increase includes the hiring of 4,000 new employees. The budget for the medical assistance program “Ramed” will increase to MAD 1.6 billion, up by MAD 300 million.

The government has planned to add 40,248 public sector job positions in 2019 including 25,248 contracted jobs and 15,000 jobs for regional academies of education and training.

On corporate taxes, the government has decided to reduce taxes by 2.5 percent on companies which have profits between MAD 300 million and MAD 1 billion to support businesses.

The government will also levy an additional 2.5 percent corporate income tax on companies with annual profits equal to or more than MAD 40 million to be used as a “solidarity contribution” to reduce social disparities.

The government also plans to adopt procedures for companies to cut accumulated Value Added Tax (VAT) and to facilitate access to financing.

The bill provides for a new mechanism to finance investment projects based on public-private partnership.

The national government will continue supporting regions by increasing their share in corporate tax and income tax to 5 percent, with an additional contribution of MAD 8.4 billion from the general state budget.

The government council also approved a number of bills and decrees associated with the 2019 Finance Bill relating to the insurance code, authority delegation, and VAT.

The council also approved many proposals of appointments to senior positions, in accordance with Chapter 92 of the Moroccan Constitution.