Rabat - Three Sahrawi merchants have spoken about alleged injustices in the Tindouf camps in Algeria and called on the United Nations MINURSO to intervene. 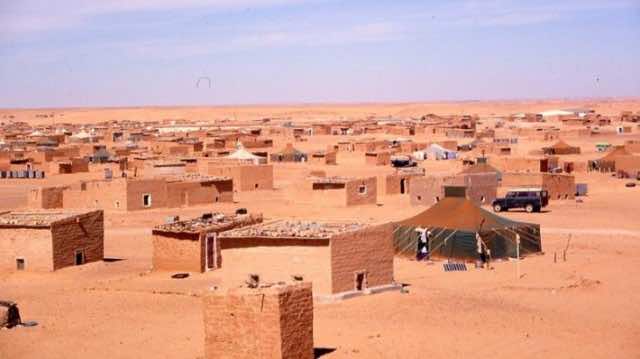 Rabat – Three Sahrawi merchants have spoken about alleged injustices in the Tindouf camps in Algeria and called on the United Nations MINURSO to intervene.

The Sahrawis have been carrying out a sit-in since Wednesday, October 17, in front of MINURSO headquarters in Mijek, a town near the Mauritanian border 670 kilometers southwest of Tindouf.

The Sahrawis, named Moulay Laafou Aabid El Aarbi, Hamoudi Shari El Saleh, and Khateri Said Hamdi, shared videos on social media, where they spoke on the behalf of Sahrawis in the Tindouf camps.

One of the Sahrawis called on the UN to pressure the Polisario Front to lift “heavy restrictions” imposed on merchants. He also asserted that Algeria supports the front.

The newspaper linked the exodus of Sahrawis to heavy taxes imposed by Algeria on small businesses in the camps.

The newspaper explained that all trucks with goods leaving Tindouf for Mauritania cannot re-enter Algeria within one month.

The measure aims to slow trade between small Sahrawi traders who operate between the Tindouf camps and northern Mauritania, Al Massae added.

Several NGOs and human rights activists have denounced the embezzlement of humanitarian aid from the camps.

In one of his posts, Salama said that Sahrawis are not interested in “independence” or “integrity” anymore. For him, Sahrawis  now are more interested to live in “dignity and to have a future” for their children in a place “where they will not live [through] what their parents experienced.”

The Mijek sit-in is the first of its kind held in front of the MINURSO headquarters. The protest comes at a sensitive time as the Security Council will meet on October 29 to adopt a new resolution on Western Sahara and to decide on the mandate of MINURSO in the region.

Algeria has been reluctant to admit responsibility in the conflict, claiming that the conflict should be solved between Morocco and Polisario.

Algeria also has not allowed UNHCR to conduct a census of the population in the Tindouf camps.