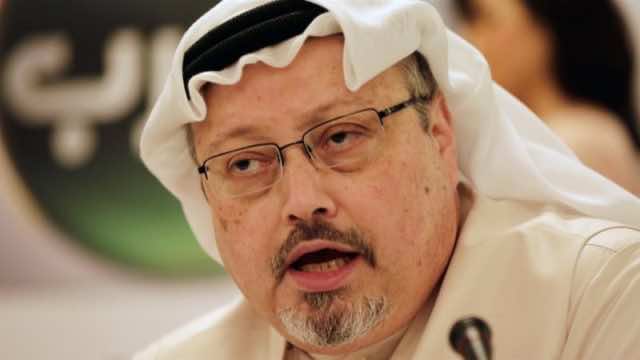 Speaking on Sunday, Erdogan said more details about the case will be revealed in “full detail” Tuesday when Turkey’s ruling party, the AKP, meets in Ankara.

On Saturday, after weeks of denials, Saudi Arabia finally admitted that Khashoggi was killed in the Saudi consulate, claiming it was a result of a fight which broke out after his arrival on October 2.

Erdogan’s remarks signal the first time Turkey’s president has spoken at length publicly about the details surrounding the Khashoggi case. He stated, “We are looking for justice here and this will be revealed in all its naked truth, not through some ordinary steps but in all its naked truth.”

Turkish officials have previously stated that they believe Khashoggi was killed by a 15-man group of Saudi hit men who flew into Istanbul the same day that Khashoggi was last seen entering the consulate.

A report by the Middle East Eye claims that after Khashoggi was killed, he was quickly dismembered and at least part of his body was transported out of Istanbul by the same plane which carried the alleged killers back to Riyadh.

CNN claims to have security footage of Mustafa Al-Madani, another member of the 15 man group, leaving the consulate in the same clothes that Khashoggi wore when he entered, in an apparent attempt to make it seem as if Khashoggi had left the building alive. More footage later shows Madani, still in Khashoggi’s clothes, walking around the Blue Mosque, one of Istanbul’s largest tourist destinations.

Meshal Saad Albostani, a member of the Saudi Royal Air Force, who was positively identified among the the group of 15, was himself killed in a car accident in Riyadh last week.

On Saturday, prosecutors in Saudi Arabia stated that they had arrested 18 individuals in connection with the murder of Khashoggi. Speaking to the Financial Times, a Turkish official said the government had successfully “shamed” the Saudis into admitting responsibility for Khashoggi’s death.

In an interview with Fox News on Sunday, Saudi foreign minister Adel Ahmed Al-Jubier denied that either MBS or King Salman had ordered the killing of Khashoggi, instead stating the killers were part of a rogue operation.

“The individuals who did this did this outside the scope of their authority,” he told Fox News. “There obviously was a tremendous mistake made, and what compounded the mistake was the attempt to try to cover up. That is unacceptable in any government.”

Both MBS and King Salman are said to have called Khashoggi’s eldest son over the weekend to offer their condolences.

Erdogan’s plan to reveal more about the Khashoggi case on Tuesday coincides with the start of the Future Investment Initiative in Saudi Arabia. The investment conference has been plagued by high-profile companies, such as Siemens and the New York Times, pulling out amidst the fallout from Khashoggi’s killing.