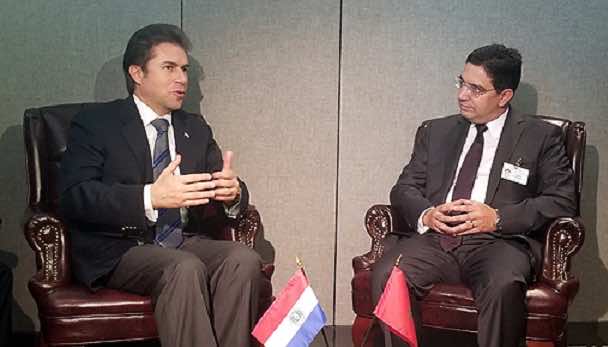 The official made the remarks on Friday, October 19, during the first session of the Morocco-Paraguay consultations in Asuncion, according to Maghreb Arab Press (MAP).

“Regarding Morocco’s territorial integrity, Paraguay reiterates its unconditional support for Morocco’s position on this conflict and for all initiatives in support of the kingdom” to reach an agreed upon and mutually acceptable solution to the conflict.

He added that Morocco can always count on Paraguay’s support to find a peaceful solution to the conflict that has lasted for more than 42 years.

“We are very pleased that relations between Paraguay and Morocco are at their best and we are working to make them even better,” said the Paraguayan minister.

Recently, Morocco has received the support of several countries backing Morocco’s Autonomy Plan as a just solution to the conflict, including the UAE, Qatar, Kuwait, and Guinea Bissau.The support is positive for Morocco, especially as the Security Council will meet on October 29 to adopt a new resolution on the Western Sahara conflict.

The Security Council will also decide on the mandate of MINURSO, the UN mission in Western Sahara.