Rabat - The EU will give Morocco and Spain €140 million “in the short term” to control migration at the Moroccan-Spanish border.

Rabat – The EU will give Morocco and Spain €140 million “in the short term” to control migration at the Moroccan-Spanish border.

Morocco and Spain will receive the aid by the end of the year. The funds are to be used “mainly for the purchase of border control equipment.”

The news outlet believes that the funds are “still modest and significantly lower than those destined for other countries.”

A source in the Spanish government told El Pais that half of the €140 million will go to Morocco. The source also said that Rabat is satisfied with the budget.

The Spanish official said that Morocco must remain a privileged partner of Spain.

Spanish Prime Minister Pedro Sanchez has been pressuring the EU to meet Morocco’s demands for money.

During the Summit of EU Heads of State and Government held in Brussels on October 17-18, Sanchez renewed his call, proposing an EU support plan for Morocco to manage migration flows. 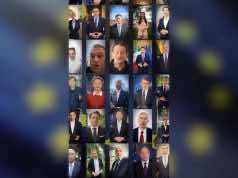