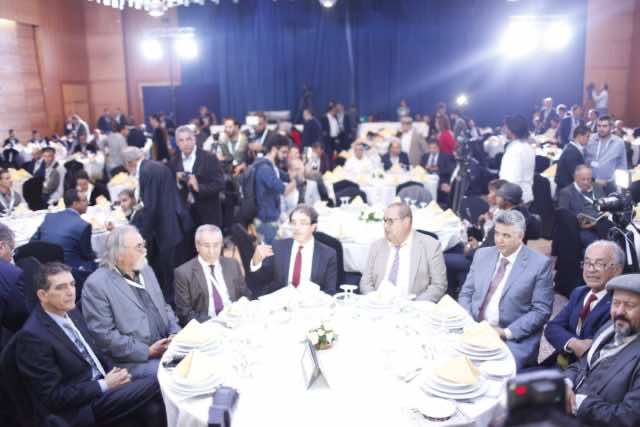 At the ceremony, bands performed a series of Amazigh songs accompanied by dances and also paid tribute to the nationally known Moroccan music icon, Mohammed Rouicha.

Nouamane Lahlou performed four of his most popular songs and amazed guests with a duet with Dounia Boutazout.

The minister of Moroccans Living Abroad and Migrant Affairs, Abdelkrim Benatiq, gave a speech describing the Amazigh theater tour as a historical moment. He thanked the Royal Institute of the Amazigh Culture (IRCAM) for ensuring the success of the tour.

In addition to Nouamane Lahlou and Dounia Boutazout, several icons from the Moroccan art scene took part in the launching ceremony, including Mohammed El Jem and popular actor Mohammed Miftah.

The objective of the Amazigh theater tour, addressed specifically to Moroccans living abroad (MREs), is to promote Amazigh culture.

The global theater tour also seeks to preserve the Amazigh identity and consolidate its culture and tradition among MREs.

Twelve groups will perform 51 theater performances across the world as part of the ministry’s initiative to strengthen the bond between MREs and their motherland.

IRCAM and the Ministry of Moroccans Living Abroad have established the program among other initiatives to promote the Amazigh culture and tradition overseas.

The Amazigh theater group performed more than 180 shows in the 2017-2018 season in 15 countries in Europe, Africa, and the Middle East.