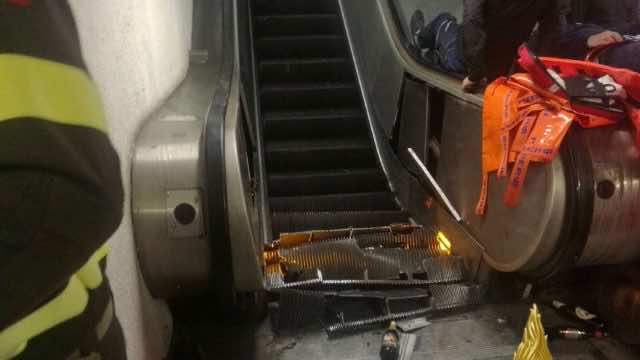 The football fans were chanting and cheering before the escalator suddenly was out of control, sending people into shock.

A video of the accident shows the escalator, crammed with dozens of people, crumpling and crushing 20 people at the bottom.

The incident took place at Repubblica metro station near Rome’s central train station in Italy on the same day that CSKA Moscow was to play AS Roma in the Champions League.

One of the wounded people underwent surgery for a serious injury.

Rescuers told the Telegraph that “only the last two meters of the escalator were damaged, but the rest of it looked fine. The escalator likely blocked after people started crushing at the bottom of it.”