Rabat - Minister of Foreign Affairs Nasser Bourita has asked African media to depict migration authentically in a meeting with journalists in Rabat. 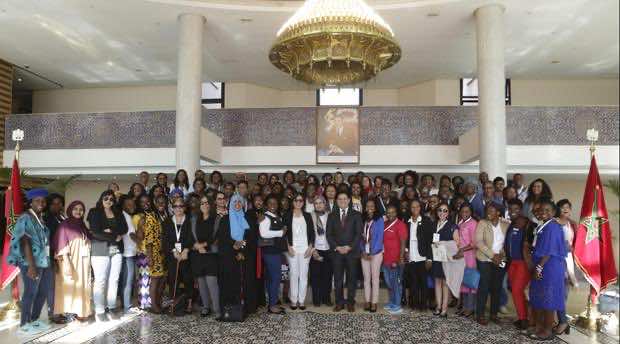 Speaking with the journalists who will attend the second annual Forum of Women Journalists of Africa “Pan Africaines,” Bourita said Thursday that the continent’s media must offer a “lucid” and “authentic” image that reflects the reality of Africa, particularly on migration. Bourita further called on media to “control” Africa’s image.

In recent months, Morocco’s government has been under pressure to control Europe-bound migration, especially with the flow of migrants to the Morocco-Spain borders.

The official took advantage of the event to talk about the role and influence of the media in combating stereotypes.

The minister said that only 13 percent of migrants to Europe are of African descent, and 88 percent of African migration remains within the continent.

Bourita also recalled that the UN Global Compact on Migration will be adopted in December in Marrakech.

The compact will establish a debate on migration based on an objective perception free of messages of xenophobia and “exclusion” which must be combated by facts, Bourita said.

Bourita also emphasized the importance of a migration policy specific to each country, considering that migration as a transnational phenomenon that cannot be the responsibility of a single country. Subsequently, the minister called for a “shared responsibility” between African countries.

Bourita highlighted the efforts made by Morocco on African migration, including the Agenda for Migration and Development, which was launched by King Mohammed VI and adopted by the governments of the African Union (AU). The agenda aimed to coordinate between migration policies of sub-regions of the continent to develop a continental vision on migration.

He also recalled that Morocco developed its migration policy in 2013. He said that the initiative is a humanist and solidarity policy, regularizing 50,000 migrants who now have access to basic services. Bourita deemed it “a responsible policy that does not allow criminal networks to use the national territory as a departure point for illegal actions.”

With more than 200 media professionals from the continent, the Forum of Women Journalists of Africa “Pan-African Women” will give the floor to women journalists to make proposals on migration.