Rabat - Following Morocco’s decision to stay on GMT+1, Royal Air Maroc announced that its flights will be delayed one hour at departures and arrivals starting Sunday. 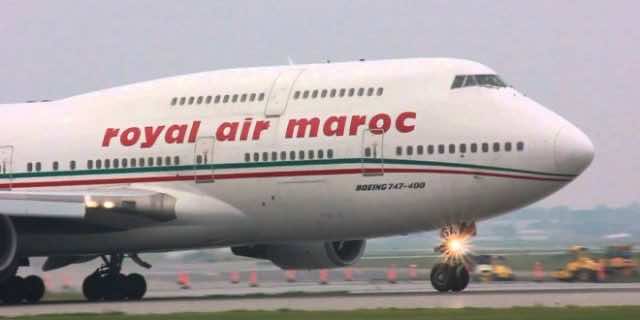 Rabat – Following Morocco’s decision to stay on GMT+1, Royal Air Maroc announced that its flights will be delayed one hour at departures and arrivals starting Sunday.

The flag carrier issued a statement today to inform its customers of the change, brought about by the government’s decision not to go off Daylight Saving Time (GMT+1) on Sunday, October 28.

Although the Ministry of Administration Reform announced the upcoming change back to Standard Time (GMT) earlier this week, the government council shocked Moroccan citizens today with an about-face decision to stay on GMT+1. The first notice of the potential decision was only published Thursday night.

Secretary General to the Government Mohamed Hajoui called the government council for an exceptional meeting Friday morning to approve a draft decree relating to DST. Decree 2.18.855 adds 60 minutes to Standard Time in Morocco, which used to be GMT, under Chapter I of the Royal Decree of June 2, 1967 on Standard Time.

To explain its sudden move, the government said that it was following an evaluative study based on several indicators.

The minister delegate for reform of administration and civil service, Mohamed Ben Abdelkader, said that the indicators “take into account the aspects relating to health, energy economy of energy and the commercial transactions of the kingdom.”

The official made the statement in a joint press conference with Morocco’s Government Spokesperson Mustapha El Khalfi following the government’s council on Friday.

He added that the results of the study asserted that the “adoption of doubling timing has created a kind of confusion” among the public.

However, the government had at no time announced that it was studying time change to see what would work best for the country.

According to Benabdelkader, the study showed that adding 60 minutes to Standard Time in Morocco would save one hour of natural light, which would help Moroccans conduct their daily work in better conditions and reduce electricity consumption, especially during peak periods.

Traditionally, Morocco has switched to and from Standard Time four times a year when Ramadan falls in summer.

Many Moroccans have complained about the and are worried about school children as they have to wake up when it is still dark.

“This decision will be accompanied by a series of measures, particularly with regard to pupils’ school hours,” Benabdelkader.

He added the first measure would allow students to leave before sunset. Public schools open at 8 a.m., which will be just 10-30 minutes after sunrise on Monday.

However, he did not explain further when students will leave school. Public schools close at 4 or 6 p.m., depending on the class timetable. Sunset on Monday will be between 6:15 and 6:50 p.m. and come earlier each day as winter approaches.

He added that the government will “choose flexibility not only in the education system but also in terms of the administrative schedule to allow parents to accompany their children to school before leaving for work without pressure and at a suitable pace.”