Rabat- Family and friends of the Bouknadel train driver, El Arbi Errich, are asking King Mohammed VI to relieve him from charges of accidental murder and injury of passengers.

Rabat- Family and friends of the Bouknadel train driver, El Arbi Errich, are asking King Mohammed VI to relieve him from charges of accidental murder and injury of passengers.

Errich, who has worked as a train driver for 30 years, is being prosecuted for the October 16 Bouknadel train accident following the decision of the public prosecutor on October 23.

Errich’s daughter told Moroccan news outlet Alyaoum24 that the accident has turned the life of her family, including her mother and four brothers, upside down, especially after the public prosecutor charged Errich.

The prosecutor noted that the speed limit on the stretch of track where the train No. 9 linking Rabat and Kenitra on the Casablanca-Kenitra line derailed was 60 kilometers per hour.

The train, however, was allegedly running at 158 Kilometers per hour, causing it to derail, killing 7 and injuring 125 on October 16.

Errich’s pained wife told the press that the police took Errich to court even though he had just been released from the hospital, still suffering from a head injury and devastated by the accident.

“There is no way that [Errich] would drive at 160 Kilometers if he was told to drive at 60. What if he had died? Who would take the blame for the accident then?” Errich’s neighbors reasoned.

“We have known the man for years, he’s a responsible, level-headed person. He himself is a victim of the accident,” another stated.

He is “innocent” they all insisted, calling on King Mohammed VI to intervene in Errich’s case and spare him from imprisonment.

Errich risks a prison sentence ranging from three months to five years and a fine of MAD 250 to 1,000, according to Acts 432 and 433 of the criminal code.

Many Moroccans put the blame on the National Office of Railways (ONCF) after a recording of a conversation between ONCF employees went viral. The recording said that faulty tracks and a lack of speed-limit signs caused the accident. 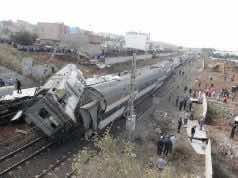 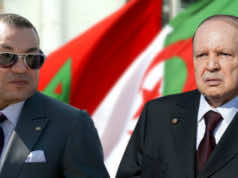