Sitting approximately 80 kilometers east of Agadir, Taroudant, or the “little Marrakech,” is an imperial town stretching out along the Souss Valley.

The first thing a visitor will notice is the pentagon-shaped fortified wall that encircles the city. The Taroudant historical wall is the oldest wall in Morocco and the third most robust in the world, according to historian A. Hermas, after the Great Wall of China and the Kumbhalgarh Fort in India.

Though far older dynasties started building walls around the city, the Saadian dynasty, led by Mohammed Ash-Sheikh Saadi, built the current design of the wall and the city as a whole in the 16th century. 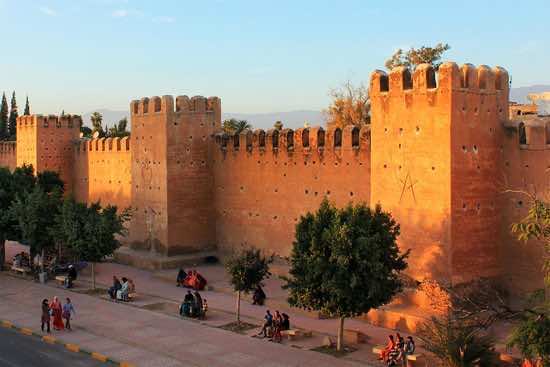 The Saadians built the defensive rampart for military purposes. It stands 8 to 10 meters high, 1.5 to 4 meters thick, and 8 kilometers long. More than 100 crenels, used to keep watch or shoot at enemies, top the wall. 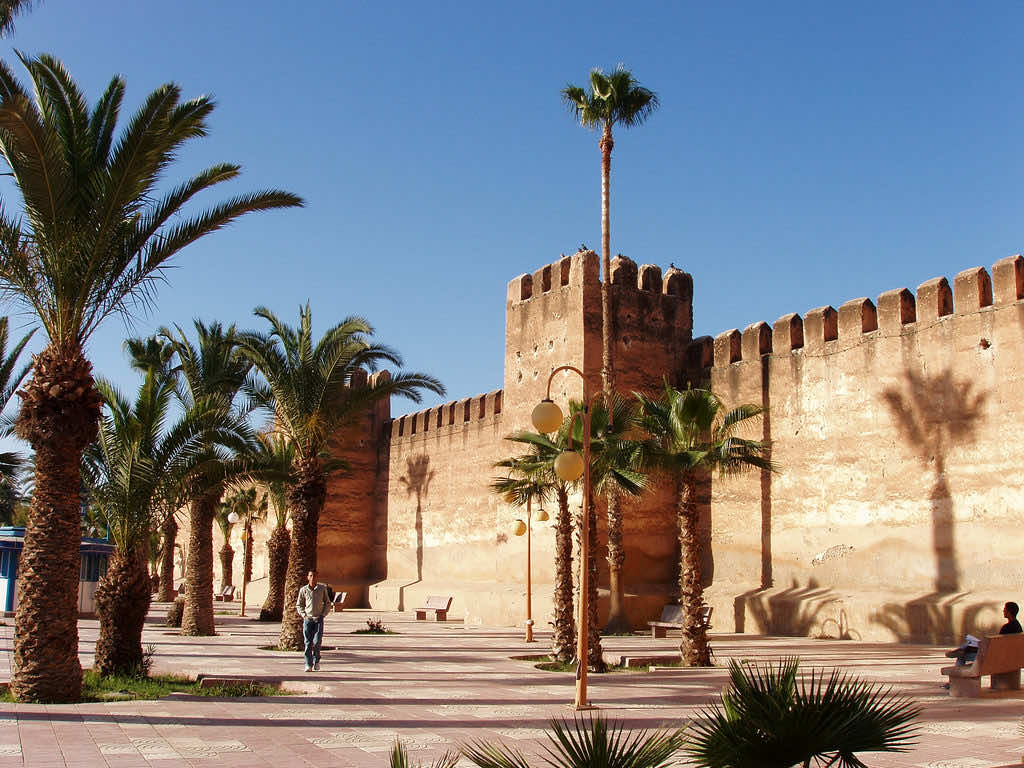 The Saadians used Taroudant as a base to launch attacks against the Spanish and Portuguese armies, which occupied the regions around the coastal city of Agadir 80 kilometers away.

Bab Zorgan derives its name from the old mills or grinders that locals used to grind grains and sugar canes. Due to its proximity to the city’s bus and taxi station, a nearby gate, Bab Benyara, has been opened to facilitate traffic in out of the city. 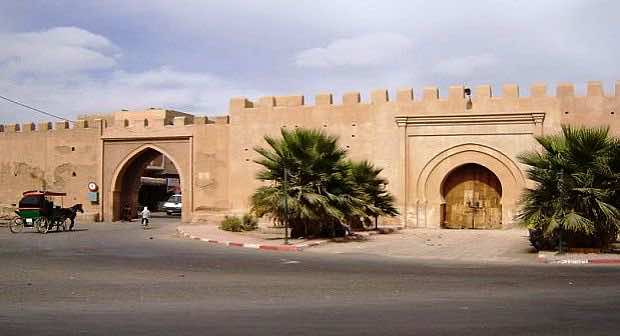 Previously called “The Gate of Conquest,” Bab Targhount was the gate from which the Saadians started their attacks. It is considered the smallest with a 20 square meter yard. Locals say its name derives from a nearby stream.

The previous local communal council had decided to use the yard for an art gallery exhibition, but someone set it on fire. The gate’s frame survived however, remaining intact thanks to its solid materials. 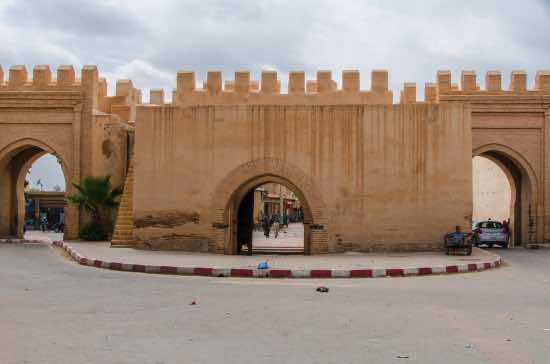 The name Bab Ouled Bonouna refers to a number of Andalusian families that settled in Taroudant after they were expelled from Andalusia in the 16th century. 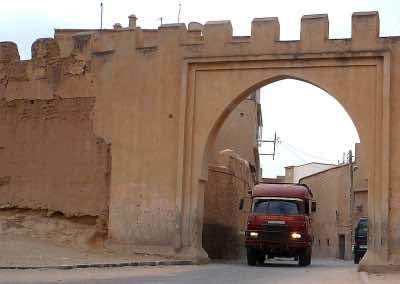 Bab Lkhmis opened onto a space where local townspeople, or Roudanis, and

people from the Souss region did their shopping every Khmiss day (Thursday).

It leads out towards the city graveyard that predates even the Saadians. The gate has a 78 square meter yard and a small mosque. 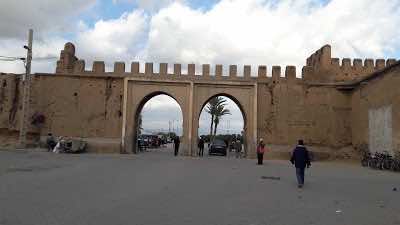 Bab Selsla is the main entrance through which the sultans and any formal convoys came. Just beside the gate are stairs that tourists use today to climb up to the terrace where they can see panoramic views of the. 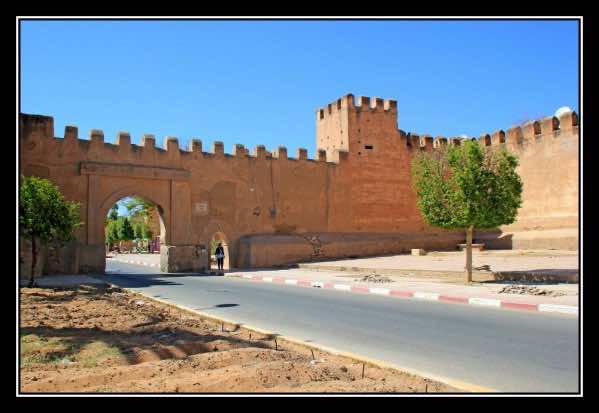 Along with their military function, the wall and its gates served as control towers and checkpoints to monitor visitors, check salesmen, and collect taxes from caravans coming from nearby regions and wishing to do business in the city. 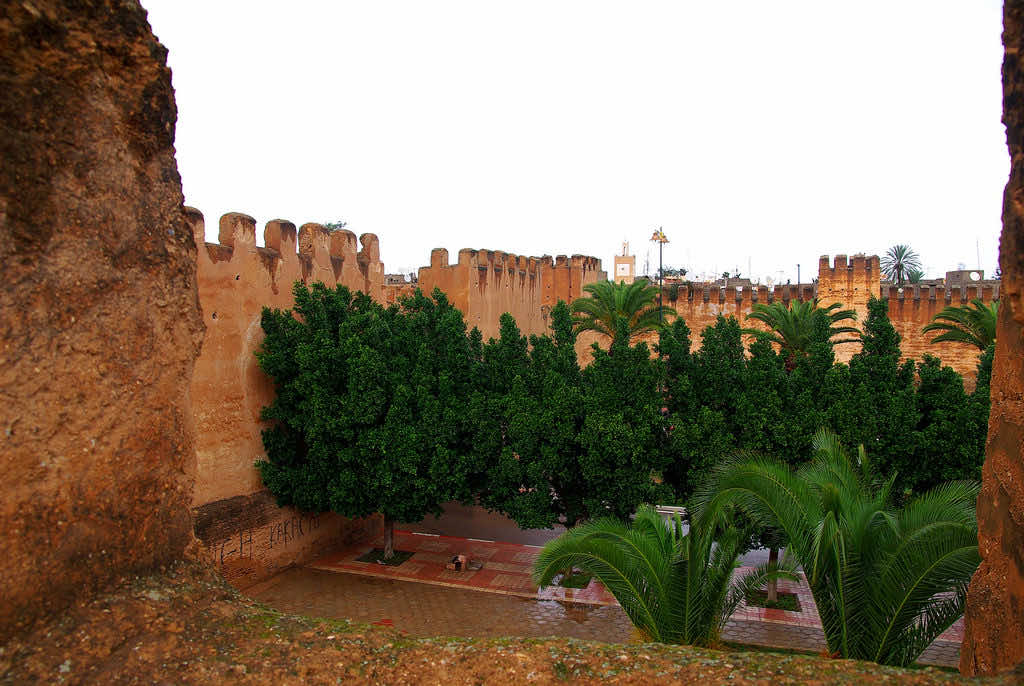 Taroudant’s kasbah, another historical site, used to be a military fort par excellence. It housed the sultan’s palace, a military base, a mosque, and a prison. The prison once housed insurgents and Portuguese captives. 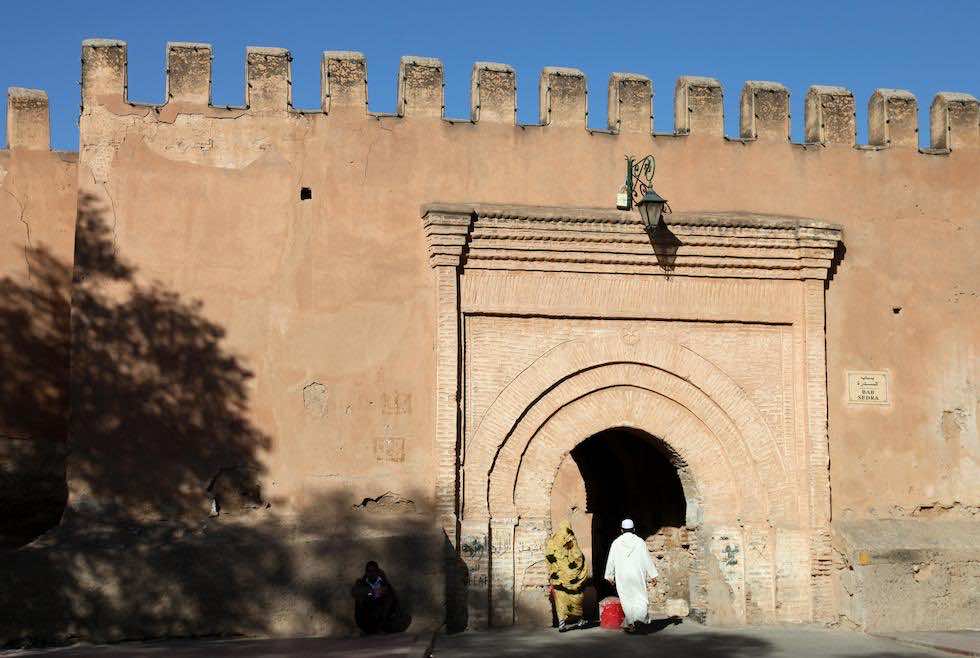 In addition to the sultan’s palace in the kasbah, Taroudant boasts Dar El Baroud (the house of gunpowder), an immense late-19th-century palace built on the rubble of an earlier Saadian storehouse. As its name indicates, the Saadians used Dar El Baroud to store weapons. Unfortunately, the great edifice, which stretches out over several hectares, is not open to the public. 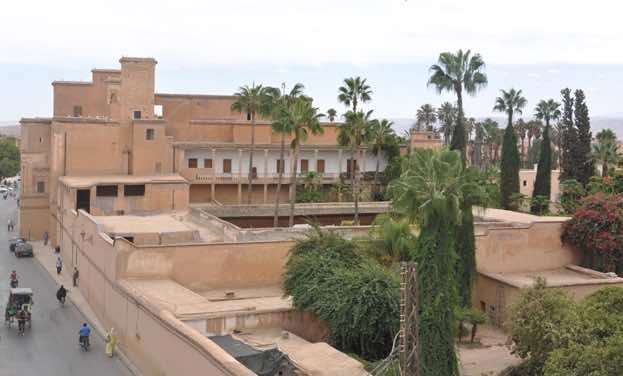 Today, large parts of the wall that were damaged have been repaired to preserve the city’s status as a tourist destination.

Approximately 15-20,000 tourists visit the city each year to enjoy the sun and see the craft-work that has survived time. Taroudant has a working leather and wool industry with tanneries and traditional shops scattered inside the old medina (city). 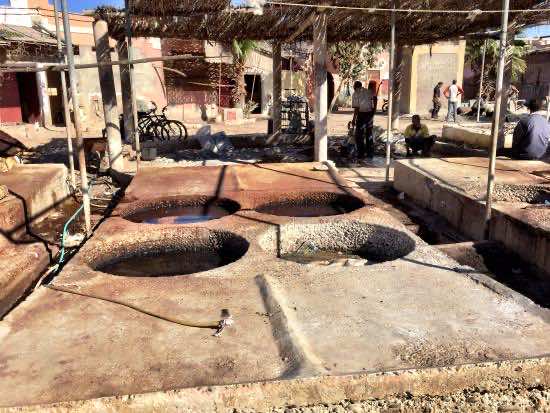 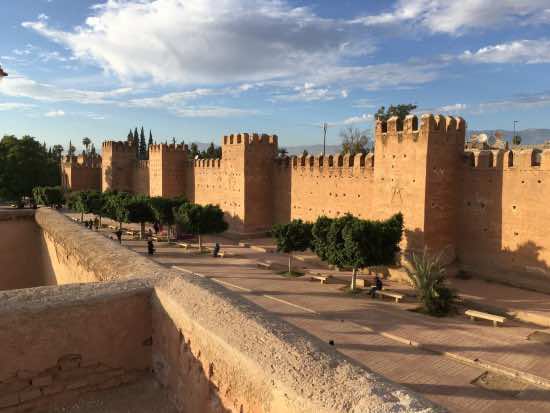 The communal council and civil society have worked hard since 2015 to help the city regain its former glory. The Ministry of Culture and the municipal council are working hand in hand to save a town that seems to have lost much of its past.