Rabat - The UN Security Council will witness a defining debate on Western Sahara this week as France and the US diverge on how long to extend MINURSO’s mission. 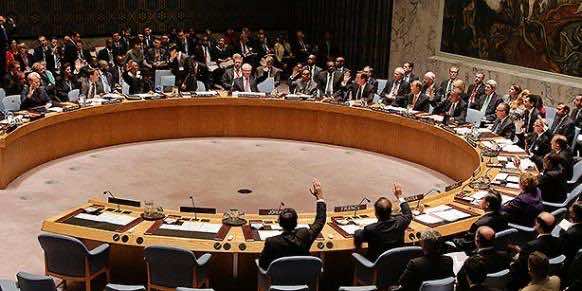 The US, in its capacity as penholder of the resolution, submitted the draft resolution on Western Sahara to all members of the Security Council Friday evening, October 26.

After receiving the draft resolution, the 15 members of the Security Council will hold their first meeting today at 2 p.m. in New York (7 p.m. Moroccan time) to discuss the MINURSO mandate.

The document, which was obtained by Morocco World News, called for a six-month extension of the MINURSO mandate, instead of the traditional 12-month extension.

The draft requested that the MINURSO mandate, set to expire October 31, be extended until April 30, 2019. MINURSO’s mandate was only extended for six months in April 2018.

Aside from the issue of the duration of MINURSO’s mandate, the draft resolution added a new operative paragraph in which it calls on the Polisario to refrain from taking any action that might change the status quo in the buffer zone.

The Security Council “calls the parties to respect their relevant obligations and assurances, and refrain from any actions that could undermine UN-facilitated negotiations or further destabilize the situation in the Western Sahara, and further calls on the Frente Polisario to fully adhere to its commitments to the Personal Envoy with respect to the buffer strip at Guerguerat and Bir Lehlou,” the draft resolution reads.

US wants a quick fix

The rationale for the six-month period, the draft elaborated, is to “emphasize the need to achieve a realistic, practicable and enduring political solution to the question of Western Sahara based on compromise and the importance of aligning the strategic focus of MINURSO.”

UN resources should be channelled to push for an effective and rapid diplomatic process to ensure an end to the decades-long standstill, it added.

The move is in line with the US position. Reports earlier this month had indicated that Washington wanted a shorter extension period to pressure the conflicting parties to commit to the UN-led political process.

John Bolton, the US national security advisor, is known for his views on keeping MINURSO operational in the disputed territory of Western Sahara. During his 2005-2006 tenure as the US representative to the UN, Bolton said MINURSO was an obstacle rather than a broker to finding a lasting and mutually acceptable solution to the conflict.

The length of the ongoing diplomatic stalemate has convinced the current Trump administration that the situation on the ground is “no longer business as usual,” according to diplomatic sources.

By requesting a considerable shortening of the UN peacekeeping mission, the US hopes to “nudge the parties back to the negotiating table,” political analyst Sarah Feuer recently wrote in a Washington Institute policy brief.

The shift in policy, she contended, “aligns with the Trump administration’s general strategy of disrupting the status quo, including in matters of diplomacy,” to get quick fixes.

According to the US, the traditional one-year extension annually granted to MINURSO contributed to its ineffectiveness and prolonged hostility between Morocco and the Algeria-backed Polisario Front.

France at odds with US

France, however, supported the recommendation of UN Secretary-General Antonio Guterres, who called for a one-year extension to the MINURSO mandate in the Western Sahara report he gave the Security Council on October 3.

Guterres said a one-year extension would give him and his emissary, Horst Kohler, the time and space to establish conditions to allow the UN-led political process to continue.

A source at the United Nations told Morocco World News yesterday that the Security Council would postpone the adoption of a new resolution on the Western Sahara conflict to Wednesday, October 31.

The draft resolution was submitted to the members of the Security Council on Friday night. The source said the US was unable to submit the draft resolution earlier last week due to differences with France on the duration of MINURSO mandate.

Calls for Algeria, Mauritania to step up

The draft resolution also encourages parties and neighboring countries to the conflict to “demonstrate further political will towards a solution including by expanding upon their discussion of each other’s proposals.”

Subsequently, the resolution expressed “full support” for Guterres’ and Kohler’s intention to renew the “negotiation process before the end of 2018,” referring to invitations to Morocco, Algeria, Mauritania, and Polisario to engage in a round-table in Geneva.

The document noted that all parties agreed to attend the round table December 5-6.

The draft also “encourages them to work constructively with the Personal Envoy, in the spirit of compromise, throughout the duration of this process to ensure a successful outcome.”

The resolution also called on neighboring countries (without naming them) to “make contributions to the political process.” This might be a diplomatic gain for Morocco as it has been insisting that Algeria must engage in talks to find an agreed upon and mutually acceptable solution to the 42-year-long conflict.

In contrast to Morocco’s demands, Algeria considers itself an observer to the conflict.

Like any other resolution, the document supported the efforts of Guterres, Kohler, and Special Representative and Head of MINURSO Colin Stewart to find a consensual solution to the conflict.

The document also recalled Kohler’s visit to the headquarters of MINURSO and Western Sahara in August.

The Security Council is set to adopt the new resolution on Western Sahara on Wednesday, October 31. It remain to be seen whether the members of the Security Council will vote for a six month or a one-year extension for the MINURSO mandate.