Rabat - Israel’s national anthem has been played for the first time at the Abu Dhabi Grand Slam in the United Arab Emirates. 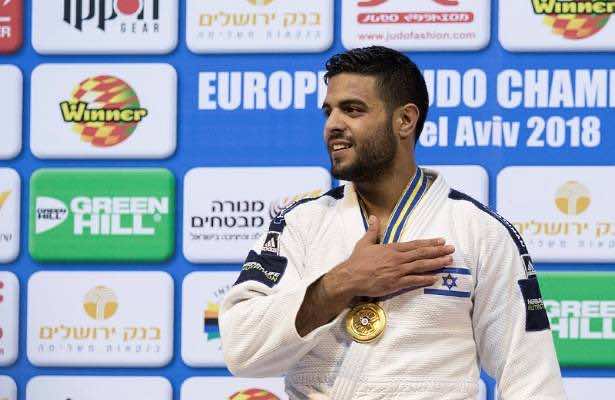 Rabat – Israel’s national anthem has been played for the first time at the Abu Dhabi Grand Slam in the United Arab Emirates.

The Israeli anthem was played during the presentation of the gold medal to Israeli judoka, Sagi Muki, for his victory in judo in the under 81 kilogram category.

The Israeli judo team was participating for the first in the tournament with its flag and anthem.

“I’m so happy, I managed to use this opportunity, so that everyone could hear the anthem for the first time here in Abu Dhabi,” Muki said to an Israeli television channel after he had sung along with the anthem.

In July, the International Judo Federation (IJF), warned the organizers of the Abu Dhabi Grand Slam that they might cancel the competition if Abu Dhabi did not allow all athletes, including Israelis, to compete with their flag and anthem.

The Israeli minister of sports and culture, Miri Regev, who was standing next to the podium, could not hold back her tears. It was her first time to attend an event in the Middle East.

For his part, Israeli Prime Minister Benjamin Netanyahu took to his Facebook page to thank Muki for the pride and honor that he brought to Israel, emphasizing that the national anthem was played in Abu Dhabi.

At the 2017 Abu Dhabi Grand Slam, Israeli athletes wore neutral kimonos without the initials SRI that designate Israel in sports competitions. The three letters were replaced by IJF, standing for International Judo Federation.

The United Arab Emirates does not recognize Israel as a state and does not have diplomatic ties with it.